About a week ago, I came across an interesting Facebook question that generated mixed responses, so I decided to take a page out of LSV’s playbook and do a “What’s the Play?”

It’s turn 1 in an unknown Legacy matchup. You lead with Swamp and Dark Ritual. 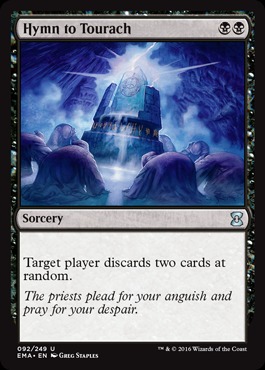 For the sake of the argument, pretend that you’ve already cast the Dark Ritual (so no “I wouldn’t cast Dark Ritual” nonsense). The answer could theoretically change based on your hand/deck, but assume as best as you can that this situation occurs “in a vacuum.”

Let me know what you would play and what your reasons are, and I’ll come back later this week with my answer!