Living End is one of my all-time favorite tournament decks and its amazing that it’s been over 5 years since I first played with it! Most decks come and go but somehow Living End is still alive.

It’s been a while since I’ve updated it for competitive play, and with a new format and a new Pro Tour coming up, now is the time to express my build of a deck that is fun, unique, and competitive. 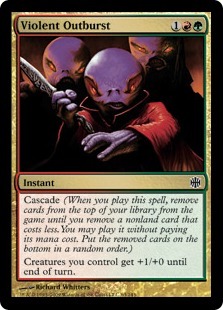 Living End is built so that Violent Outburst and Demonic Dread ALWAYS hit Living End. We don’t play another spell that costs less than 2 mana. Building around this glitch gives us 8 ways to cast Living End by turn 3.

The effect of Living End is devastating—the first one destroys all of their creatures and brings back anything in our graveyard. It’s not unusual for it to be an 8-for-1 or better on 3 mana.

This is fundamentally an unintended broken deck and we’re lucky this deck has yet to ever get the banhammer. 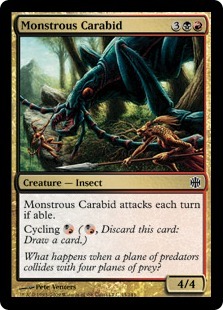 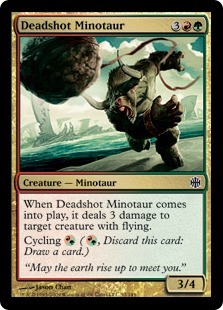 These creatures all cost more than Living End but we can cycle them into our graveyard to start the game and start digging through our deck. With a deck full of cyclers we can skimp on lands AND have plenty of extra draws for a Violent Outburst or Demonic Dread.

Each of these is a decent creature with the stats to live through Lightning Bolt, Modern’s most popular card.

The Beetle has the biggest body, but Deadshot Minotaur can shoot down a Delver and Street Wraith can be hard to block. Each of these is serviceable in the midgame as a 5-mana threat. 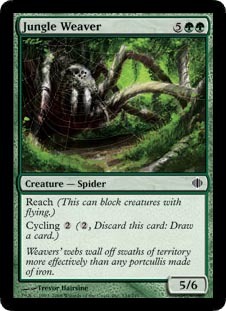 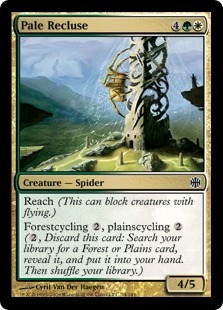 I advocate hard for the Spiders and I play 8 of them always. They do cost 1 or 2 more mana but the size is worth it. A 5/6 or 4/5 reach can be big enough to fight through Tarmogoyfs on the ground. The Spider’s reach ability lets these hold the air against blue and artifact flying threats.

These big Spiders make for nice hard-casts in the midgame. Path to Exile might accelerate us or if we keep cycling we’ll eventually get there. Jungle Weaver is great at any point in the game by any means.

Alternatively Architects of Will is a 3/3 that dies to Lightning Bolt and is small in combat. I think the extra mana for Spiders is worth it to ensure that we win longer games.

Simian Spirit Guide is now one of my favorite cards in the deck as an incredibly versatile mana producer. The Spirit Guide really eases our curves allowing us to cycle a Pale Recluse on the first turn or play a second turn Fulminator Mage.

Simian Spirit Guide is also our best trick against blue decks as the extra mana fights through Spell Pierce, Condescend, and Mana Leak. The instant-speed combo with Violent Outburst can give us a surprise Living End which can turn blue decks upside down.

Finally Simian Spirit Guide gives us some essential speed when necessary—and is preferred with some secret sideboard plans we will get to. 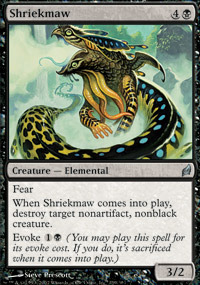 Rounding out the deck we have some interaction.

It’s hard to measure how good Fulminator Mage is in this deck but it wins so many games. It’s effective at fighting any deck with nonbasics, as killing multiple lands in the midgame is totally crippling to so many decks. Fulminator Mage deserves its price tag, but its also possible to replace with Avalanche Riders or Blood Moon for budget consideration.

Finally I am maindecking Shriekmaw along Beast Within to have some extra ways to kill an early Scavenging Ooze. Of all the maindeck cards in the format Scavenging Ooze is the scariest so I’d like to make sure to be prepared from game 1.

Since we NEED red to cast Demonic Dread or Violent Outburst most of the duals in the deck will be red. That makes Verdant Catacombs the best fetchland so that we can fetch a basic Forest or Swamp untapped and pain free to go with any red dual.

When I build a sideboard for Living End I like to have a plan for every single deck in the field. This means acknowledging our game 1 weaknesses and trying to shore those up in the sideboard. Alternatively you can cross your fingers and scoop some bad matchups, but I prefer to have a chance. 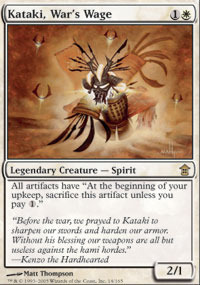 True story, I once beat Cedric Phillips with Dredge in the late rounds of a Grand Prix by removing my Living Ends and cascading into a 1-of Yixlid Jailer.

This sideboard juke strategy WORKS for tournament play and it makes the inner deckbuilder happy.

Against Affinity we can turbo-Simian-Spirit-Guide out cascade spells for early Stony Silence + Kataki. Rest in Peace gives us a chance against Pyromancer Ascension in an otherwise unwinnable matchup. 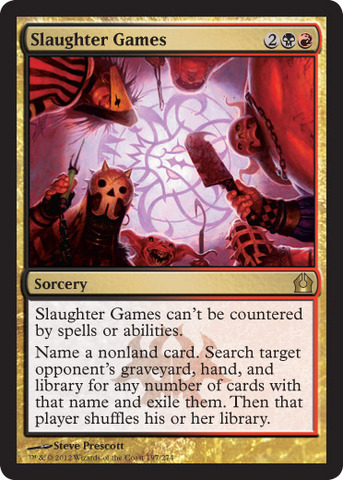 Slaughter Games is specifically for Scapeshift. It’s hard for blue versions to beat. Without it, the matchup is a struggle. 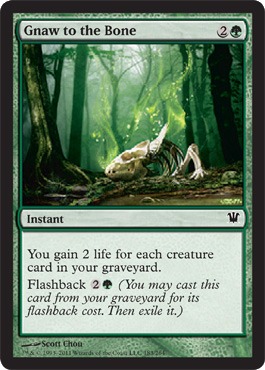 Gnaw to the Bone gives us a chance against another tough matchup in Burn. As a 3 of we could go with Kor Firewalker or Leyline of Sanctity but Gnaw to the Bone feels a bit more versatile. 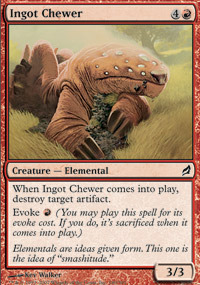 Rounding out the sideboard are value Shriekmaws and Ingot Chewer. When these are good they are so flexible, powerful, and synergistic. I want to have access to them for a variety of matchups.

Living End is still here, and this is the list I like right now. There’s plenty of room for adjustments based on budget or preference but I think this list will give you some serious game against the current field.

If you’re on the fence about decks to build Living End is a good one. Let me know what you think in the comments!