Jace, the Mind Sculptor is back, back again. Jace is back—tell your mage friends. When Modern was conceived, Jace was fresh off a hot Standard ban, so Wizards had him walk the path to exile from the get-go to be on the safe (sane) side. But the time has finally come for this big blue mage to unleash his power upon the world once again. Jace is the face of Magic, but will he be the face of Modern? Only time will tell as many players will be brewing decks in the coming weeks.

Today’s article takes a different route. Rather than focus on deck lists, I want to go over my top 8 tips and tricks for how to be the best Jace, the Mind Sculptor player you can be. You don’t want to be outplayed (or outplay yourself) when you are staring down this powerful blue spell, so without further adieu, here is the list.

8. Be Conscious of Your Top Cards

It may seem obvious, but just like with cards like Serum Visions or Mishra’s Bauble it is important to keep track of your top cards. Even if the first thing you do on your turn is Brainstorm with Jace, don’t forget to make a mental note of what you put on top. You don’t want to get distracted and forget if an important decision comes up or you need to access one of those cards again.

Additionally, be cautious with hiding cards with Jace’s brainstorm ability. Hiding a key card you want to cast next turn with your Jace is a great way to protect it from discard spells or Vendilion Clique but several cards like Surgical Extraction or Field of Ruin can thwart those plans. Also, a disastrous well-timed fateseal from an opposing Jace can be avoided if you are cautious. Just be conscious of these interactions and don’t be caught off-guard if it comes up. And last but not least, if you are potentially going to see Goblin Guide, make sure to put a land on top.

When digging for a specific card, blue is unparalleled at tearing through your deck. It’s easy to just slam your cantrips and activate Jace’s zero ability and go nuts. But what is the optimal sequencing? Obviously, it varies on the specific situation, but becoming fluid with using Jace takes practice. If you are looking for one specific card, you want to Serum Visions first (one card drawn) then if you don’t see your target you bottom both cards with the scry (three cards seen total). Then, you activate Jace to look at three more cards (six cards seen total). If you do this in the reverse order and Jace first, you will see three cards right away, then out two back. You will see both of these cards with Serum Visions (one being drawn the other scryed). It may seem obvious at first, but just keep in mind how to sequence your cantrips and draw spells with Jace. Search for Azcanta may be able to mill a dead draw as well, so make sure your worse card of the two put back is the top card so Azcanta can dispose of it. 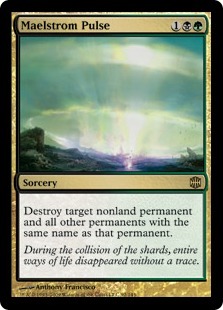 If you watch Legacy and Vintage you’ve more than likely seen a Jace, the Mind Sculptor facing down an opposing fetchland. Let’s set the stage. You +2 your Jace to fateseal the top card of your opponent’s deck. It is a Maelstrom Pulse—the perfect answer to your powerful planeswalker. Your opponent also has a Verdant Catacombs in play. You absolutely do not want them to draw that Maelstrom Pulse. You confidently say “leave it on top, go.” Your opponent cracks their catacombs at the end of turn, look at the top of their deck, and ALAS! You’ve done a heckin bamboozle fren.

So in this situation, there’s no doubt that you “got them.” But did you take an unnecessary risk? Well, like many of the best questions in Magic it’s all about the context. How many fetches did they have in play? How many outs did you surmise they had in their deck? Had you tried this trick before? Are they of a playing caliber where they will be likely to sacrifice the fetch end of turn? It’s hard to answer these questions from instance to instance, but knowing when to go for such a plan is something that comes with experience playing Jace, the Mind Sculptor. On the other side of the coin, when is it right to sacrifice your fetchland when they’ve left something on top? Again, all of this requires practice, but being aware of such mind games will help your gameplay.

Also, note that the Jace “fatesealer” has an additional advantage on Magic Online the person searching their library doesn’t have the ability to see their top card. Did they level you by leaving something good on top by incentivizing you to sacrifice your fetchland? On the internet, you’ll never know.

5. Knowing How Long to Hold Your Jace

Nobody wants to look silly and watch their powerful planewalker get snagged by a Mana Leak. But there is certainly such thing as playing too cautiously. Holding onto your Jace for too long can lead to a number of issues. The biggest issue I see coming up are creaturelands. Let’s say that you are playing against U/W Control. They lead on Celestial Colonnade and a few turns go by without much happening. You both play a few Serum Visions and set up your land drops. Your turn 4 rolls around and they have 3 mana available. You can just tap out and slam your Jace into their mana or you can wait for a more opportune time. After all, you do have a copy of Logic Knot in hand.

What if they counter your Jace and then untap and slam their own? You don’t even have your own backup Jace to rebut with. Well, Magic is hard, but under most circumstances I am slamming down that Jace there. You are forcing them to have a counterspell for it that costs less than Cryptic Command. Additionally, you only get punished if they untap and slam their own planeswalker. Your Logic Knot will surely find something to hit later anyway.

Another issue with waiting is that they have a Celestial Colonnade. Provided you don’t have an easy way to get rid of it, if you wait long enough on casting your Jace (such as having Logic Knot backup) you will be forced to simply +2 him just to keep him out of Colonnade range. Granted, this is still a favorable position since you untap with a planeswalker on 1 loyalty after they’ve used most of their mana just to chunk it down, but do be wary of them eating your Jace. Don’t just slam him on turn 7 or 8 and Brainstorm without a plan. Make sure that you have removal for a potential threat, since 4 mana Brainstorm is not a winning rate.

Counterspells and creaturelands aside, there is also the potential of waiting too long in the face of discard spells. Jace, the Mind Sculptor is blessed with the ability to dodge Inquisition of Kozilek, but if he gets Thoughtseized or Duressed it will lead to a FeelsBadMan moment. Jace is never truly safe in a format as dangerous as Modern, so it’s important to trust your instincts and play a little risky with him from time to time.

4. Knowledge of the Format and Your Opponent’s Deck 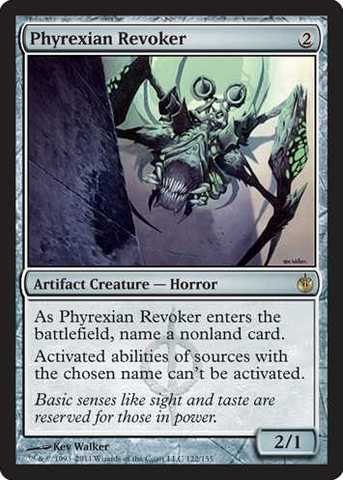 Knowledge is power (R.I.P. Gitaxian Probe) and having a rough idea of the contents of your opponent’s deck will inform your fatesealing decisions with Jace greatly. Knowing that Jund decks board into a second Maelstrom Pulse post-board, or that Lantern Control plays as many as 3 Pithing Needles main deck are all excellent tidbits of information when it comes to a tough call on what to leave on top of someone’s deck. Ask yourself, “What outs do my opponent have here? How can they answer this Jace if they don’t have an answer in hand?” Knowing which decks have Phyrexian Revoker is helpful. Maybe you should Brainstorm and get the value while you can.

Knowing which haste creatures can come down and surprise you—you’ve got to +2 Jace to keep him out of range. Their deck is full of 3-damage burn spells. Maybe keep a Rift Bolt on top since they seem to be pinched on mana. Knowing more about what your opponents are planning is always an optimal strategy, and when you are influencing the top of your opponent’s library that knowledge translates to tangible results in-game.

Many Modern players are used to fetching at the end of their opponent’s turn. Sometimes, players will fetch just to “thin” their deck out or to have their shocks do minimal damage. I am not going to write an entire article on why deck thinning is negligible, but I will caution you to use your fetches more cautiously if you have Jace, the Mind Sculptor in your deck. Having access to an extra shuffle effect, even if you don’t have a Jace at the moment, can be a life-saving measure.

Saving fetchlands is something that most Legacy and Vintage players have grown accustomed to with Brainstorm, Jace, and Ponder, and now Modern players need to get to experience all this fun as well. Just like a Serum Visions player learns to crack a fetchland before casting their Visions (and also wait on their land drop), so too must a Jace player practice patience. Don’t just slam a Jace, play a land, and Brainstorm away. Play your land after you’ve Brainstormed. That Glacial Fortress you want to deploy may not be as valuable as the Arid Mesa that is 2 cards deep in your library. Seeing that Arid Mesa allows you to have more information to what your game plan is going to be. Maybe you don’t even need that Glacial Fortress at all and you just provided yourself with a way to shuffle it away.

2. Know When to Fateseal Yourself 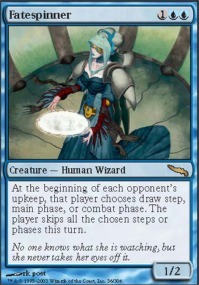 You don’t need to be facing down a Leyline of Sanctity to know to fateseal yourself. Sometimes, it’s just better to target yourself and help smooth out your own draws. Some occasions where it may be optimal to target yourself include: 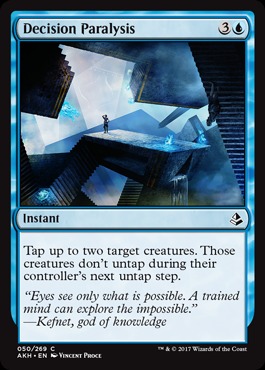 Winning a game with Jace is easy. But knowing how to precisely use Jace in a timely fashion in a complicated game can be tricky. I want to conclude this article by briefly mentioning the correct times to use an ability as well as some interactions to keep an eye out for. This is by no means exhaustive or absolute.

Using Jace, the Mind Sculptor to his full potential takes practice, patience, and an eagerness to learn and grow as a player. Hopefully this article provided you with a few sweet tips to give you a head start going into a Jace-laden Modern environment. What are some of your favorite tricks with the Mind Sculptor? Let me know in the comments and thanks so much for reading. Until next time, may all your Brainstorms be better than all.

Share this
Tags: Jace the Mind Sculptor, Tips and Tricks