Why I love it: I already gushed about this format in a previous article—it’s a well-designed and varied format. There are a few outliers that push deck construction and the format as a whole in a few directions—Search for Azcanta and Teferi, Hero of Dominaria are legal for another six months. Overall, there are fewer of these than the whole of Kaladesh block, and even compared to Amonkhet, I have a hard time complaining about Teferi or Wilderness Reclamation when The Scarab God and Hazoret the Fervent existed.

This was also a good example of a storm deck in Standard. While not the most engaging experience for the opponent, it shows that you can have this type of combo strategy without necessarily forcing the format into an all-or-nothing metagame proposition. While you can argue that this makes the format too blue dominant, I don’t see this as a dealbreaker, and the existence of a deck like WW and the various blue strategies makes me far more forgiving than if the only options were heavy blue: Esper, Simic Nexus, Mono-Blue Aggro, etc.

We just had Grand Prix Kyoto results to look at, and Gruul, Mono-Red, and Sultai were all performing admirably, so we aren’t even seeing the late-stage format settle the way we usually do. Two decks that were unimpressive at the Mythic Championship did quite well here, and Simic Nexus continues to be firmly in the “it’s all right” camp. Decks of every flavor and color are playable, and costs are down across the board. I’m not sure what else you can ask for.

What could’ve made it better: While fair enough in BO3, Nexus of Fate creates miserable play experiences and is embarrassing to show on coverage. Teferi, Hero of Dominaria has also cemented itself as the best Standard planeswalker since Gideon, Ally of Zendikar and arguably the most powerful since Jace, the Mind Sculptor. A minor toning down would be appropriate, or even just removing the ability to tuck itself would be a nice quality of life upgrade.

Why I loved it: This is a personal list and I’d be lying if I didn’t say one of my favorite times in Magic was playing Cawblade and crushing tournaments. The mirrors were legitimately interesting and it was rare for one player to simply dominate the other without mana issues. There were a lot of differences between someone picking the deck up because it was broken in half and someone who had taken the time to really learn its ins and outs. Unlike Affinity, where you could pick it up, play terribly, and get carried, you often got punished for playing loosely in the mirror and even against straightforward strategies like Valakut or Vengevine. 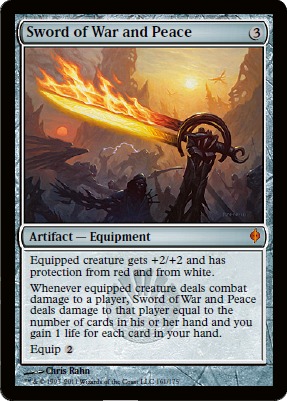 It helped that the deck also had matchups that were legitimately difficult to sequence your way through, and this Caw didn’t have the “I win” button of Bloodbraid Elf or Batterskull. This made Stoneforge Mystic was very good instead of broken in half. New Phyrexia ended all that, and was generally a blight on Magic as a whole, making Cawblade the scariest deck in Magic and basically crushing all other fair decks. It also ruined the mirror by introducing Sword of War and Peace, making all your blockers worthless and ending the game in 2-3 swings despite being awful in nearly every other matchup.

I’m not even sure the original iteration of the deck would be nearly as dominant in this day and age. A large reason it was so good was because for a good 4-6 weeks, Cawblade was the best deck, and people were playing decks at tournaments that just had no chance against it. Realistically, the metagame should’ve been Cawblade, Mono-Red, Valakut, and R/U/G Cobra decks. In a world where everyone reads articles, watches streams, and has access to multiple valid testing tools from the comfort of their homes, the metagame would’ve turned into a rock-paper-scissors format. Or maybe even more people would’ve switched to Cawblade.

What could’ve made it better: Never printing New Phyrexia. Or one more tool for Vengevine decks so that there was a good, fair creature option to compete with Cawblade instead of only Primeval and Inferno Titan decks. No Flashfreeze would have prevented Caw from being able to gain a massive edge in what otherwise was a close Valakut/R/U/G matchup. It turns out that having the equivalent of Counterspell against everything except the best deck was not what the format needed. 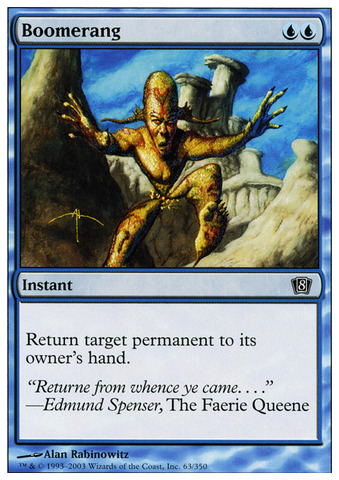 Why I loved it: Stupid deck names galore. Not since Extended did we see so many poorly named decks. Solar Flare was a dumb Dragonball attack, Project X explained nothing about what a deck did, and there were many dumb names for the Izzet Tron deck. But the metagame had a wide variety of options, and while Dragonstorm was likely the best deck, it didn’t dominate or skew the metagame. This was also one of the last times land destruction was remotely considered fair, even though, due to Boomerang, you could conceivably never get past your second land drop.

This also marks the only time in Magic history where the dredge mechanic could be used to describe a fair, competitive deck.

What could’ve made it better: The ability to play this format again.

And while we’re on the subject, here are my least favorite Standard formats.

Why I hated it: Boredom. Plain and simple. I was just flat out bored of the format and I was tired of seeing this same red deck in its Nth iteration. I didn’t even think it was particularly oppressive in the grand scheme. The Standard format where Skullclamp was legal was far worse in terms of balance, but at least it was kind of fun from a ridiculous power level standpoint. Even the bad decks drew 10 extra cards a game and there was a fun little sub-meta around Skullclamp (until Skullclamp Affinity came to be). This was just a snoozefest from start to finish. 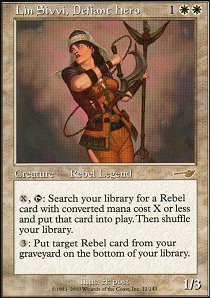 Why I hated it: Are you familiar with the good word of our leader Lin Sivvi, Defiant Hero? Not only was Rebels a solid midrange deck with an incredible card advantage engine for the time, but the rules and set design highly favored this kind of deck. For one, the legend rule was first-come, first-serve. If you played Lin Sivvi first in the mirror you locked your opponent out of playing theirs until it was dealt with, which gave a massive advantage besides initiative. You also have to keep in mind that creatures were atrocious compared to today, meaning these creatures with Limited-style stats were only a smidge smaller than the average Constructed creature at the time.

Basically, take the boredom criteria above, but add in a legend rule that made the mirrors even more of a cluster.

2) The entire run of Gideon, Ally of Zendikar

Why I hated it: You could replace this with Jace, the Mind Sculptor as well, but during the Jund-era, those decks weren’t even the best choice until Cawblade came along. The drawbacks of having an absolute monster of a 4-mana planeswalker card advantage engine that could protect itself were on full display. If you were losing and played Gideon, your opponent had to commit significant resources to dealing with it immediately or it would drag them back into the game. If you were winning and played Gideon, you almost never lost.

1) Theros Standard (and beyond)

Why I hated it: There were three decks (Esper Control, Mono-Blue, and Mono-Black) for basically the entirety of their lifespan in the format. There was a good nine months of no real movement in the metagame and while the exact position of each deck shifted from time to time, there was almost zero variation and the games were predictable as a result. Every blip at a random Grand Prix or SCG Open brought hope only for it to be properly dashed weeks later. This was perhaps the beginning of the long drought of good Standard formats for me and other players.

The only nice thing I can say is that the format itself rewarded skill—but wow, did it overstay its welcome.

What about you? What are your favorite or least favorite Standard formats? I would love to hear from some players around the 2000s, as trying to even find relevant information about those formats today is a challenge in itself.