In Magic, timing is everything and sometimes the best way to make sure that your timing is on point is to control the very nature of time itself!

Nexus of Fate already made a ridiculous splash in Standard at Pro Tour 25th Anniversary as a staple in the powerful Turbo Fog deck, but could the strategy translate beyond just Standard and impact other, larger formats? One brave timecrafter, Zach Allen, had the gumption to sleeve it up and find out!

Before we get into the specifics, I’d like to give a little background about the deck because how this deck came to be is just as important as learning about what it does.

Where Do Baby Decks Come From?

Sometimes when a mage loves a card very much, the mage decides to try and build a home for the card. If the metagame Gods approve, then a baby deck is born. I’ll explain the rest when you’re older.

I know… I know… I passed up on so many puns and double entendres to keep that intro G rated. What kind of a wizard would I be if I profaned the sacred union between mage and card with banal jokes? 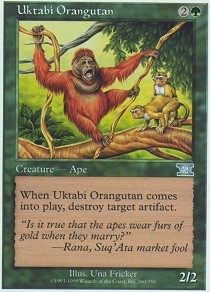 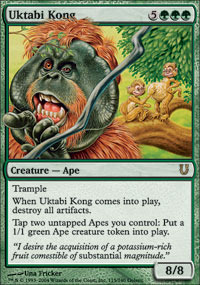 I learned about the deck a week ago at FNM when Zach showed me what he was working on. I’m obviously a huge fan of sweet blue combo/control decks and the basic premise of what Zach was describing sounded amazing.

It’s funny, because Zach also told me that the deck started out as basically a joke deck that was essentially trying to replicate Standard Turbo Fog for Modern. What he quickly discovered was that the overall strategy, even in an unrefined form, was actually quite powerful and capable of winning games. Realizing that he had a potential great idea in the early stages, he and his friends continued to refine their card choices and focused the deck to its current form.

Earlier this week I wrote an article about how brewing and trying out wacky new ideas has a ton of value in competitive formats and it was really cool to see a friend absolutely blow it out of the water with a sick brew. My only complaint: “Zach, I’ve known you for a zillion years and you had to pick the weekend I’m getting married to break it? C’mon, dude…”

I would 100% have played this deck this weekend if I were free to attend an event. I’ll have to settle for rooting for my friends from home and getting married. Ho-hum.

The Takeaway From Taking Turns

So, pretty cool story about how a new deck was brought into the Modern world, but none of that matters if the deck isn’t actually real. I do believe the Taking Turns deck has the potential to be a viable one.

The most important thing is: can this deck actually win? It’s all fun and games to mess around with brews, but it’s something else entirely to actually consider a deck for a competitive tournament.

Zach has been putting up solid results with the list on MTGO all week long. I’d be surprised if Wizards didn’t post the list online already as a notable 5-0 League deck. If a deck can 5-0 Modern Leagues, I’m interested.

The basic premise is that Taking Turns is a U/W Control deck that has an inevitable endgame where it starts taking lots of turns and then all the turns!

It’s surprisingly easy to assemble in a deck that is packed full of powerful planeswalkers that draw extra cards. The real key is that Time Walk + extra planeswalker activations is extremely savage. 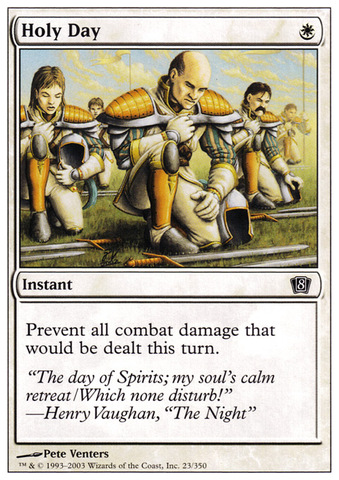 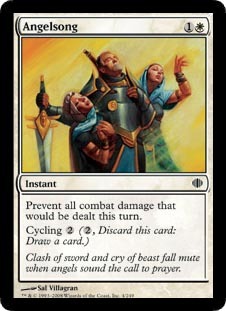 “Your combat step is closed for the turn due to a religious holiday.”

The “Fogs” are extremely effective in this deck. First, they are backbreaking against tons of decks that do not win without the combat step: Humans, Hollow One, Affinity, and other aggro decks. Blanking combat is also a fantastic way to ensure that Jace and Teferi will survive until your next turn for more activations.

As Foretold also pulls a lot of weight in the deck. Not only can it pop off topdecked Ancestral Visions, but it also allows you to tap out on mana for Time Walk spells and still have counterspell backup. It allows you to tap out for planeswalkers and still cast Fog. It also importantly can ramp up and start casting Time Walks for free, which leaves the rest of your mana open to cast other spells and dig with Azcanta.

Nexus of Fate has a ton of implications in the endgame. Since the spell will always get shuffled back into the library, Taking Turns can essentially draw its entire deck and never have to worry about decking. The key card you use to combo with, Nexus of Fate, is also immune to Surgical Extraction, which is absurd.

When you win, the deck goes off and you never need to actually pass the turn back to the opponent, which is extremely busted.

I’ve got to give props to Zach for a really nice deck. I’m hoping by the time this has gone up that he’s won the event he’s playing in over the weekend. Even if he doesn’t, I still think he put together a really nice piece of ingenuity that I would strongly consider as a Modern deck choice moving forward.