As a capstone to 2016, and in preparation for the upcoming Grand Prix events in Louisville, Kentucky, I’d like to delve back into my all-time-favorite Constructed format: Legacy. Between now and New Years, I’ll be writing a multi-part guide to Legacy for anyone looking to cut their teeth in one of Magic’s most challenging formats.

As much as this is intended to be a “beginner’s” guide, Legacy is not exactly a “beginner’s” format. My hope is that it will be a tool for anyone transitioning from Modern to Legacy, but it will be geared toward tournament players, and will have plenty of content that long-time Legacy enthusiasts can benefit from.

In case this is your very first encounter with the format, Legacy is an Eternal format, which means that all sets from the entire history of Magic are legal to play. But a select few of the most powerful or not fun cards are banned. The list of banned cards can be found here.

The Speed and Power Level of Legacy

When diving into a new format, the first goal should be to gain an understanding of what’s possible. How long do the games last? What are the most powerful things you can do? What is the bar for what you should be accomplishing on each of your turns? 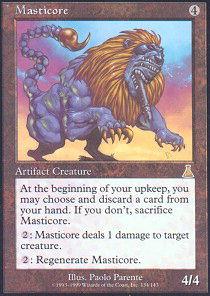 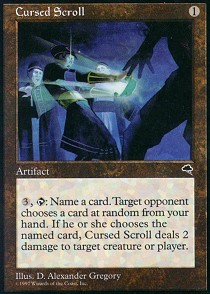 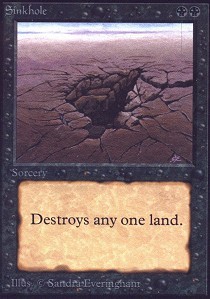 One of the great appeals of Legacy is that it’s the final resting place for people’s favorite cards that have aged out of other formats. It’s easy to become attached to particular cards or strategies, which grows out of a wish that your favorite decks can live forever. But if you anchor your Legacy career to playing with your favorite cards of all time—Masticore, Cursed Scroll, Sinkhole, whatever they might be—it will hinder your chances to be competitive.

The fact is, Legacy’s game play is worlds apart from that of Standard, or of other formats you remember from the past. Games are often won—or otherwise decided—on the very first turn. This pounds decks into molds of hyper-efficiency, chock-full of Force of Wills, Dazes, and 1-mana spells. Trying to resolve a spell that costs more than 3 mana will typically be folly unless it wins the game all on its own.

One concept that I’ll explore more deeply over the coming weeks is that there are few true aggro decks in Legacy. Designing your deck to attack for 6 damage on turn 3 is simply not a sensible strategy when the games are decided so much more quickly than that. Strategies that involve attacking with creatures must be either so fast that they take on the qualities of combo decks—like Elves or Burn—or they must play so much disruption that they become midrange or control decks, like Delver or Death and Taxes. Some of the most successful creature decks, like Infect, do both!

If there’s one quality that defines Legacy, it’s a staggeringly large card pool. When I play Legacy, it’s still common for me to encounter a card I’ve never seen before, despite a decade of playing the format and 22 years of playing Magic.

Naturally, the incredibly large card pool leads to an incredibly large number of strategies. In his last metagame analysis, Bob Huang catalogs more than 50 distinct decks! Mind you, these are only the winning decks from a 1-year span of select tournaments. If you expand your scope to older decks, or to ones that are played to slightly less success, the possibilities are endless.

In short, Legacy is unpredictable. You can spend days preparing for a tournament, only to encounter an entirely unfamiliar set of decks from the ones you practiced against.

You must expect the unexpected. The best you can do is develop realistic expectations for the speed of the format, and the very rough archetypes your opponents might gravitate toward. Practice your own deck enough, in a wide enough variety of matchups that you’re able to handle yourself when you run into something unfamiliar.

Complexity goes hand in hand with diversity. The wider the range of cards, opponents, and strategies you might encounter, the more challenging it will be to play well against all of them. But even beyond that, there are factors unique to Legacy that make its game play the most challenging of the commonly played Constructed formats.

For one, Brainstorm and other library manipulation spells are key in Legacy. These cards greatly multiply the options available to each player, and make the game about much more than just the cards in your opening hand.

For another, free spells like Force of Will, Daze, and a number of others are important features of the format. This means that what you see is not necessarily what you get when you glance at your opponent’s untapped mana. At all times, you must be ready to contend with just about any free spell ever printed in the game of Magic! The possibilities are daunting.

Legacy’s game play is complex and unforgiving. Your opponents will be trying to win the game at blistering speed. They’ll be pressuring your resources with cards like Wasteland and Hymn to Tourach, all while throwing cards at you that you may never have played against before. It’s a format that rewards preparation and careful navigation.

But it’s important to be undaunted! Stick with me over the next few weeks and I promise to give you the foundation you need to become competitive in the format. Pair my advice with a bit of honest practice and I believe that you’ll soon find Legacy as fun and rewarding as its thousands of die-hard fans do.

Show and Tell or Sneak Attack are used to get game-winning creatures—Griselbrand or Emrakul, the Aeons Torn—into play for an outrageously discounted price. The strategy is as simple as that. The rest of the deck is simply divided between fast mana, permission spells, and card drawing. In this way, the deck assembles the combo with dangerously high levels of speed and consistency. It can use its permission spells either to slow down the opponent or to force through its own combo.

How do you beat it? It’s not easy. But it’s a question I’ll be attempting to tackle over the coming weeks.