Welcome back to the Official Team Power Rankings!

The rankings are going to shift a lot this week—teams have shuffled members around, some people aren’t attending, and the results from GP San Antonio have given us more information. The shift from Constructed to Limited is big too—that leads to some teams gaining ground and others losing it, based on where their expertise lies. Let’s get to it.

Unsurprisingly, the PGO is still number one. Their second-place finish last week certainly didn’t hurt, though it would have made the rankings look pretty good if they’d just won the whole thing. I do have some concerns about not being able to beat Affinity after a turn-1 Inquisition, turn-2 Stony Silence, turn-3 Lingering Souls start, but I don’t think they will be facing any Masters of Etherium in this tournament (and Owen won’t be required to play Feces Grixis again). Let’s see if Oratsmas will be celebrated two weekends in a row.

Spots 2-4 were hotly contested, but I have to give an edge to this squad. Their biggest advantage from last week is that there isn’t a Subway sandwich shop near the venue, so Ben Stark is much less likely to miss an entire round again (this actually happened). That, plus the format being Limited, and thus preventing them from playing Infect sans Gitaxian Probe, makes them the number two team coming into the tournament.

I dropped this team to third due to the format change—their edge in preparation is much higher in Constructed than Limited. Both climates being warm enough to wear shorts means that Matt and Sam retain their edge from last week, and overall I still have this as a top team to beat in this tournament.

This team wasn’t on the rankings last week, but the Limited format has lured Hron and Richie to the event. They are two of the most accomplished Team Limited players of all time, sporting wins in multiple events with multiple different teams, and adding them to David Williams, another Team Limited standout, makes me rank them quite highly. I have some team synergy concerns, as Dave has built a career on his work with Matt Sperling and Paul Rietzl, but Hron and Hoaen have demonstrated that they can work well even with a different team each time. As long as they know all the cards, I have high expectations for this team. 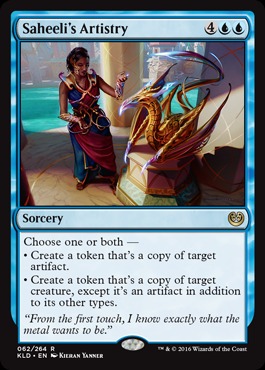 You are very happy when your Draft starts with a bomb rare.

The best player of all time, a player with Top 8s in 3 different decades, and Tom Martell. This is a great squad, and especially good once you take into account the format (where having a player like Finkel can have a heavy effect on both deckbuilding and all 3 matches). I don’t want Tom to yell at me, so I’ll throw in how he has the best 3-year median finish of all time.

This team is a slight reshuffle of last week, swapping out Mike Sigrist for Shahar Shenhar, which is a classic luck-versus-skill dilemma. The clincher is that Shahar will be opening all the packs, giving this team the extra boost they need.

All the edge Owen gains by being forced not to play Feces Grixis, this team loses when Corey isn’t allowed to either. Still, Shuhei and Martin are among the winningest Limited players of all time, and as long as they let Shuhei take all the 3/5s for 5, I suspect they will have excellent results. Martin and Shuhei have also played together so many times that I give them a high synergy grade, and adding a new third doesn’t mitigate that.

Swapping Shahar for Ondrej is not a huge move—you still have the lucky small child slot filled. I do have to offer a correction from last week. Apparently, Paulo wanted to talk decks and Thiago and Shahar were playing League of Legends. I’m not sure if Ondrej plays or not, but either way this team is comprised of truly outstanding players who don’t burden themselves with unneeded practice. Paulo is also locked for everything, having had a fantastic season thus far, so he’s lacking the fire and any semblance of momentum. 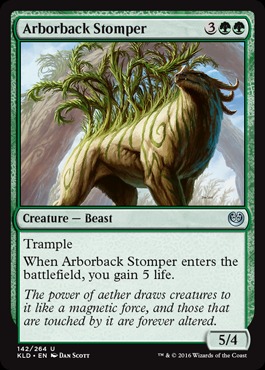 A very good start to any Draft.

I don’t know either of Yuuya’s teammates, but if Yuuya deems them worthy of flying to Mexico from Japan to team with, I assume they are great. I like this team’s edge in the Sealed portion a lot, and as long as Deadbridge Shaman isn’t in any of the booster packs, they should be well-suited for Draft as well. Yuuya is one of the best players in the world, and your peak player matters a lot in team events.

This team isn’t attending, but it was requested that I rank them anyways. Like last week, they narrowly edged out Brad Nelson’s squad, this time thanks to exchanging Tom Martell for BK. Fresh off a Top 4 finish in San Antonio, Baeckstrom has an incredible amount of momentum, and add that to Cheon’s legendary luck and Pat’s touch when it comes to Limited and you get a team I’d first pick (as long as there wasn’t a great rare in the pack).

This trio of Platinum pros is near the top of the field. Brad is still waiting for a Standard Team Grand Prix to really shoot up the rankings, but I still have to give the team credit for combining 3 players (all of whom are Platinum) that have demonstrated skill in all formats. I also like that this team has played multiple events together, as team synergy grows over time.

Three different countries join forces for this team, which doesn’t give me high hopes about team synergy. Still, all of these players are quite talented, and both Joel and Corey are fresh off recent Grand Prix wins. Haoshan Huang also savagely outplayed me last time we battled, in Limited no less, so I’m confident this team has the play skill needed. I don’t actually know if Corey wants to play against his older brother, Brad Nelson, or not, but it’s interesting that the pairing is presumably live. 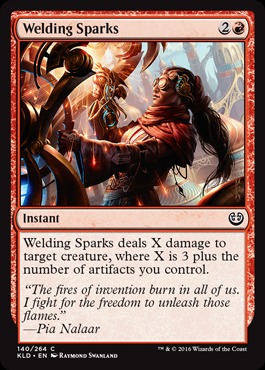 You aren’t unhappy first-picking these teams.

This is one of the teams that loses some ground when the format switches from Constructed to Limited. Shaheen may be one of the best at casting Supreme Verdict, but I have less knowledge about how often he’s attacked with 2/2s for 2. Having the reigning World Champion on your team is obviously meaningful, though players with big wins often take the foot off the gas. I’m doing BBD a favor here, as this offers him an easy out to prove me wrong, which could lead to some big power rankings moves. Pascal is an accomplished player in his own right, and like Welding Sparks, this is a team that can easily kill a first-picked bomb rare.

My favorite story about Michael Bonde is from GP San Diego some years ago, where Owen asked him how many cards he had in hand. His answer was “two—Scourge of Geier Reach and Spectral Flight.” He then played those 2 cards. That is awesome enough that I have to give the team credit, though it loses much of its ground based on how unlucky Luis is. Luis is prone to flood, has never scryed to the top after mulliganing, and despite excellent play, has an uphill battle to fight. The real LSV just needs to catch a break, and maybe he will this weekend. I don’t know their third, Sebastian, but like other teams, when good players add you to their roster, that speaks well of you.

The Costa Mesa Women’s Club is in full force here (this isn’t a joke—Basil and Marc have played in millions of PTQs at that venue), and adding the GP Salt Lake City winner to their squad rounds out a good team. Brandon, known as “the Full Nelson” is probably one of the 10 best players in his office, and has demonstrated clear mastery of Limited. I look forward to his upcoming PT performance in Nashville, where he’s joined CFB Fire and Mutiny for testing.

That rounds out this week’s power rankings. Remember, I only ranked teams I knew were coming, so if you didn’t respond or otherwise alert me, I may have left otherwise rankable teams off the list. If you feel I underrated or overrated teams, be aware that these are the official rankings, though good (or bad) performance can impact future rankings.

I don’t have confirmation that this team is going, but I’d rank them right below Martin, Shuhei, and Corey. This team has incredibly high synergy, and results to match.