It all starts when I’m given my Sealed pool on Day 1. It contains: 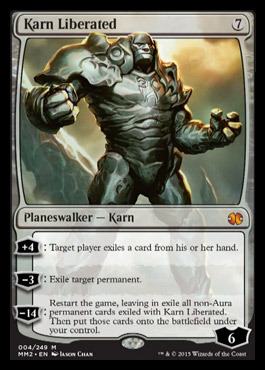 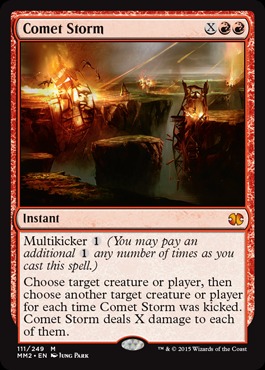 Arguably the two best mythics you can get in Modern Masters 2015. As it turns out, I also have an Ant Queen and 20 other reasonable RGw filler cards. I promptly 9-0 the first day of Grand Prix Vegas.

At this point, I’m obviously excited, especially since I have a good amount of knowledge of the draft format. The only problem is that I literally need to finish 1st or 2nd in the tournament to have a relevant amount of Pro Points toward Platinum status and the race for the World Championship.

Was that really a problem? A First World Problem you could say, but whatever— I’m already there. I already had an unfair share of luck—why not ride the wave and do my best?

Sitting at 11-1, the record needed for a lock into Top 8 was 13-1-1 or better. Going into the 2nd draft, my goal was to 2-0 and then intentional draw. I drafted a sweet UG graft deck. Unfortunately I never saw Thrummingbird, however my deck was still solid with 3 Cytoplast Root-Kin.

The run-goods didn’t stop. I got the two wins expected and smoothly drew in 5th place.

And now for the actual reason you are reading this article.

Ben Stark and I were both featured as recorded drafters. I opened Spikeshot Elder, a virtually RW card that is also playable in anything else, but only incredible along with equipment and pump spells. Turns out that my archetype was astonishingly open, and after pack 1 it was already looking promising.

I freeze for 2 seconds… then I’m laughing in my head thinking, “Why is this happening to me? Why do I have to make this choice?” I spend a good 5 seconds thinking they must have purposely put that foil Tarmogoyf in the pack to see where it would stop.

Only a little bit after, I start flipping through the pack hoping there is nothing I can pick out of it. Unfortunately, or fortunately, depending on your opinion, there is a Burst Lightning, an excellent addition to my deck.

I can’t recall exactly what my thought process was during the next 20 seconds, however the last 10 were something along the lines of: “I can still win the tournament without that Burst Lightning, let’s get the cake AND eat it.”

I showed the camera the correct pick (Burst Lightning), then showed the Tarmogoyf that I had added to my pool.

You can call that greedy and you would be right. As I have been saying on social media, having more time to make my decision, I would have taken the instant removal spell had I accounted for everything I could put at risk by not doing so. 1st place prize, Platinum, and a World Championship invitation.

I don’t have exact numbers for someone who does not need Pro Points and other types of invitations, but I would think it’s a +EV choice to take the foil Tarmogoyf if you were in that position. As for me, I could’ve been giving up too much.

Some people agreed, some didn’t. They are easily separable in two categories: The professional players and the rest of the planet.

Naturally, the pros did not agree. It makes a lot of sense, even though their opinions might have been worded oddly. In the end, if you call yourself a Pro Player, you should want to qualify for World Championship, Platinum, and winning as much as you can. I’m proud to say I call myself one and that it is my job. I messed up in the heat of the moment, greedy capitalist human instinct took over.

The rest of planet had my back, saying they would’ve done the same. I appreciate a good backup, yet, it is important to recognize mistakes even when they turn out to be rewarding.

When I said the rest of the planet, I wasn’t completely off. So many people shared the story it became a historic moment of the game, GP Vegas had #MakeMagicHistory as its motto and the story was heard around the world.

I decided to list the foil stamped Tarmogoyf on eBay as my initial reason to take it was to get money. I was thinking around $300 when I picked it, putting it on eBay after the attention of the story surrounding it, maybe $1,000? If that’s the case, why not give 50% of the proceeds to Gamers Helping Gamers to make sure someone else can benefit from my mistake too! It was a good way to possibly double potential bidders as a second incentive and help a group of people I wish I could help, but can’t considering my financial situation.

As I am writing this, the auction is at $16,000. I can’t thank the community enough. I got incredibly lucky, I had not predicted this outcome when I took the card.