Approach of the Second Sun is nothing new to Standard players, and we even saw R/W Approach at U.S. Nationals last year. It’s back with the same powerful spells, transformational sideboard plan, and some sweet new weapons from Rivals.

Approach of the Second Sun requires time to set up, as would any 7-mana win condition. One nice benefit about Approach is that it will gain you 7 life when you cast the first copy to help survive long enough to fire off the second. Playing the full 4 copies makes it more likely that you will have 2 in hand by the time turns 7-8 roll around, and let you fire them off on back-to-back turns to win the game.

Red gives you access to Sunbird’s Invocation. The powerful Ixalan rare gives you tons of value as a 6-mana enchantment that will provide tons of virtual mana and card advantage. Your deck is filled with removal spells, and the Invocation will help make sure that you have them one after another to keep the board clear. The real cute trick comes when casting an Approach with the Invocation in play. Approach requires you to cast the second copy from your hand in order to get the “win the game” clause, but Approach will stack before your hardcast copy actually resolves. This means that you get to go through your top 7 cards for any card that cost 7 or less and cast it for free. If you hit an Approach, that will now go on the stack as the “first Approach cast” and you will win the game when your original Approach resolves.

You want sweepers? You’ve got sweepers. The full playset of Sweltering Suns will help keep go-wide strategies or small creatures under control. If the opponent doesn’t have a bunch of cheap creatures, it’s still okay. Sweltering Suns isn’t cheap to cycle, but you do have that option. For bigger creatures, other go-wide strategies, indestructible and hexproof threats, you also have a couple copies of Settle the Wreckage.

You have tons of cheap interaction to make sure that you are never getting run over. The full playset of both Magma Spray and Abrade will keep aggro decks in check and your life total healthy. Abrade also doubles as a nice way to handle Vehicles or big artifact spells like God-Pharaoh’s Gift.

For bigger creatures, recursive threats, or for artifacts, enchantments, or planeswalkers you couldn’t otherwise handle, Cast Out will get the job done. At a single mana to cycle, this is an easy 4-of.

Chandra, Torch of Defiance shines here like it does in no other deck. You have tons of cheap red removal spells and Sweltering Suns as a sweeper to make sure that Chandra isn’t heavily pressured. This lets you play Chandra and immediately tick her up or kill the only creature on the battlefield. Chandra is great at taking over games with her plus for card advantage and a game-winning ultimate, but a turn-4 Chandra can plus on turn 5 to get you straight to 7 mana. That means Approach time. 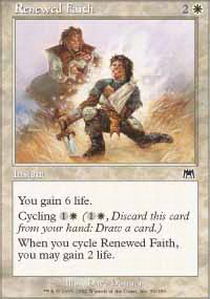 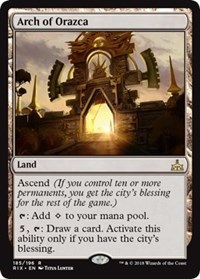 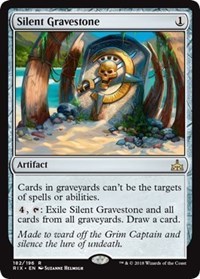 You have a handful of extra sweet cards that will dig you deeper into your library. Renewed Faith gives you a bit of life as you cycle for a fresh card. Thaumatic Compass can get you all the way up to enough lands to cast Approach before flipping into another mana source and one that can stop a threat. Arch of Orazca is a new card that helps when you flood out by letting you dig deeper. Silent Gravestone can shut down graveyard strategies and provide outs to some tough matchups.

The big addition, however, is in Azor’s Gateway. The Gateway gives R/W a great way to dig for the cards you want. I noted how important having cycling on some of these removal spells and sweepers can be, and this effectively gives your entire deck cycling. There will be matchups where your removal is dead or weak, and there will be games where you either have too much of it or not the right kind. This does an insane job of smoothing your draws and making sure you cast your key spells when you need to. While flipping the Gateway can give you some life and a ton of mana to cast 2 Approaches in the same turn, that’s not really what you’re looking for and you’ll be happy to just loot every turn.

R/W Approach is a powerful strategy with some new weapons. With the ability to control the board and cast a game-winning sorcery in the late game, it has everything you need to succeed in Standard.

RIZER, Top 32 at the MOCS Playoff