Everybody loves a good prison deck, right? Shut your opponent off from ever casting a spell! It’s like living the dream. In a powered up format like Legacy, sometimes stopping what your opponent is doing is better than trying to race them with your own strategy. But where do the Goblins fit in to all of this?

Plan A for Goblin Prison is Blood Moon. You’re a mono-red deck, so operating under the Moon isn’t a big deal. You’re also basically playing a combo deck much of the time, as being able to resolve a Moon on turn 1 locks many decks out of being able to ever cast a single spell. There are a number of Legacy decks that play zero basics whatsoever, and the rest tend to play very few. They will rely on fetchlands to go find them against decks that feature Wasteland and potentially Blood Moon, but the earlier the Moon comes out, the less likely they’ll be to cast future spells. Even if you can’t cast your enchantment until turn 2, it’s likely that they’ll fetch a dual on turn 1 and cast a spell, or even if they leave up a fetch to get a basic, the single land won’t help them enough. 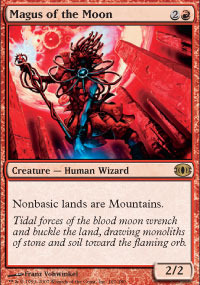 If 4 Blood Moons weren’t enough, let’s throw in 4 Magus of the Moons, too. You know, for good measure. And ruining people’s fun.

If they are able to get a basic or two into play, you can still lock them out of casting spells. Chalice of the Void is the best of the bunch, and while this isn’t as good a Chalice deck as something like Eldrazi, it does form a better prison deck when paired with Blood Moon. Chalice on 1 will shut down Brainstorm, Ponder, Preordain, Sensei’s Divining Top, Deathrite Shaman, Noble Hierarch, Glistener Elf, Heritage Druid, Swords to Plowshares, Dark Ritual, Lightning Bolt—the list goes on and on.

Trinisphere is more or less your back-up Chalice of the Void, but not nearly as effective once the game goes a bit longer. If they have a basic or two, Trinisphere will slow them down, but they can still pay the extra mana from their red lands under a Blood Moon. Some decks will struggle to ever get to 3 lands, and a deck like Storm can certainly never come close to winning under a Trinisphere. Still, Chalice is the better lock piece. 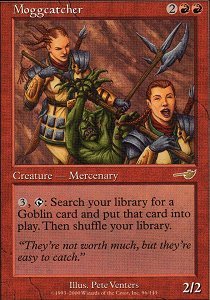 So where do the Goblins fit in? This is considered to be a Moggcatcher deck, although I’m really unsure whether the Moggcatcher is even needed. It will definitely allow you to close the game in a hurry no matter how many Moons, Chalices, and Spheres are on the table. 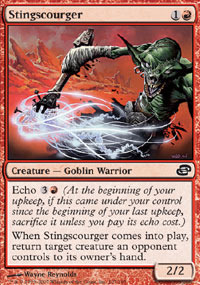 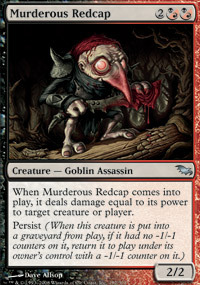 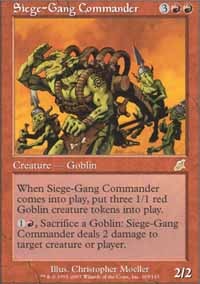 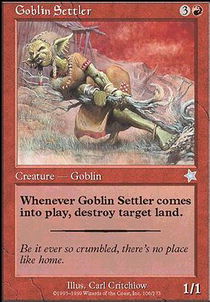 Goblin Rabblemaster is the Goblin to get the job done quickly under lock pieces. A Chalice on 1 to shut down Lightning Bolt and Plow means that Rabblemaster can end the game before they can begin to break out of any lock. From there, Moggcatcher can search up Stingscourger to bounce opposing threats (especially mana creatures once Moon or Chalice are out, like Noble Hierarch and Deathrite Shaman), Murderous Redcap to kill small creatures or planeswalkers, Siege-Gang Commander when you’re looking to go big and wide, Goblin Settler to nuke their basic, or even Kiki-Jiki, Mirror Breaker to loop these Goblins with enters-the-battlefield abilities (or Rabblemaster for faster kills). 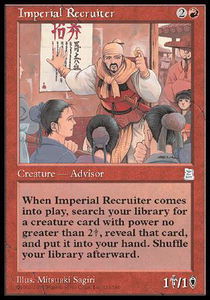 The deck even features Imperial Recruiters to fetch these creature bullets or simply a Magus of the Moon.

With lots of fast mana courtesy of Simian Spirit Guides, Chrome Moxes, Ancient Tombs, and City of Traitors, casting a critical lock piece like Chalice, Trinisphere, Blood Moon, or Magus of the Moon on turn 1 isn’t unlikely, while turn 2 is a near certainty for the 3-mana spells. Having 15 different ways to help guarantee a turn-1 Chalice for 1 is some serious power.

While I’m not sure the Moggcatcher route is the only way to go, Goblin Prison is a powerful force in the Legacy format!