Today’s Pauper deck packs a nice way to control the board, valuable disruption and removal, and a whole bunch of extra life to survive—a great way to beat all the aggressive and token strategies the format features. 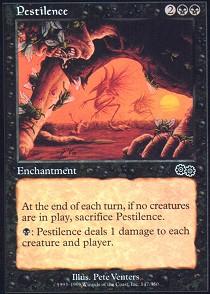 Pestilence is on the list for best Draft cards of all time, let alone at common. It’s a 4-mana enchantment, so it’s not cheap, but it can control the entire battlefield and be a finisher. In a world where people are playing plenty of Delvers and token makers, activating a Pestilence for just 1 can be back-breaking. If it sticks around, you can continue to control the board, and with the amount of life gain in this deck Pestilence can just start hitting all players for the win. 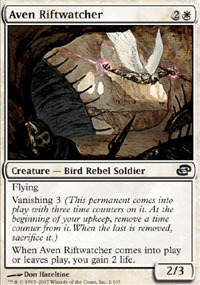 Aven Riftwatcher has enough toughness to block many of the creatures in the format, and it gains you some life just for entering the battlefield. You also gain life when it leaves the battlefield, so there’s an opportunity for extra value. 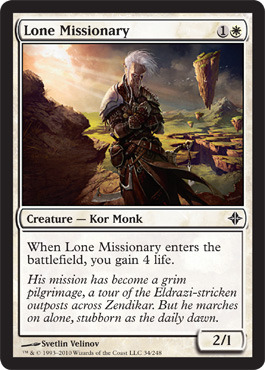 Lone Missionary comes down early and gains a decent amount of life. You can trade with Ninja of the Deep Hours and come out ahead of the exchange with a nice buffer to start setting up Pestilence.

Kor Skyfisher bounces these life-gain creatures to get you way up into the 30s. Another 3-toughness creature means you can also start firing away Pestilence without fear of it going away anytime soon. 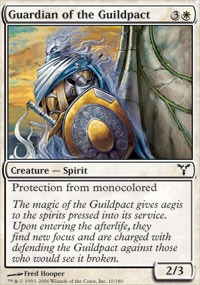 Guardian of the Guildpact is nearly invincible in a format with all commons and very few multicolored cards. Not being able to target it with removal spells or beat it in combat is already tough, but it also always survives Pestilence thanks to its protection. With your enchantment always sticking around, the game will be inevitably yours. 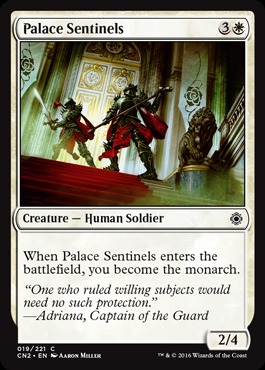 Palace Sentinels is a great way to gain value on a nice, high-toughness creature. Protection from Bolt and surviving a few Pestilence triggers are nice bonuses, but when you become the monarch with plenty of ways to protect yourself, you can put the game away quickly. 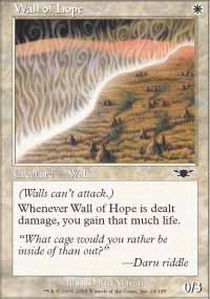 Wall of Hope isn’t a powerful card, but it protects you from a weenie rush and works nicely with Pestilence.

Thraben Inspector is one of the few 4-ofs, it’s just too much value to get a creature down that you can bounce with Skyfisher and keep around through a single Pestilence activation. 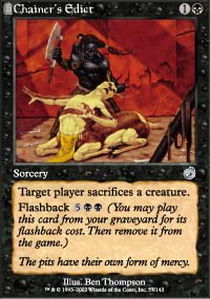 Playing black means you have access to some nice removal spells outside of your big enchantment. Chainer’s Edict is pure value, especially when you have Pestilence to clear out the smaller creatures. Disfigure will make sure you withstand the early rush while dealing with Delvers and Ninjas before Pestilence is online. 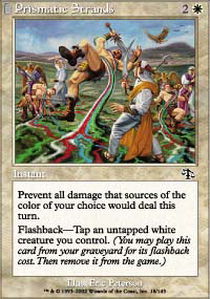 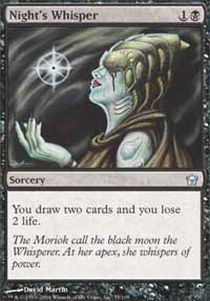 Prismatic Strands can prevent a big opposing attack or some damage-based removal spells. Or, you can clear those away with a timely Duress. Night’s Whisper will pull you closer to your Pestilences while your life gain mitigates its drawback.

Pestilence is one of my favorite cards of all time, and I love seeing it in such an awesome home in Pauper! Plus, who doesn’t love a sideboard filled with all sorts of Circle of Protections, right?