Everybody knows about BIG Zoo, but today I’d like to introduce you to the futuristic world of BIG Affinity. The concept of robot evolution can be frightening, but I have it on good authority that the primary directive of these robots is solely to serve us and overriding that program is as unlikely as it is stale sci-fi cliche…

That introduction is the Dominarian equivalent of brokering Skynet stock. It’s a buyer’s market so I hope you like what I’m selling.

It is a common misconception that BIG in front of a deck name indicates it was designed by Josh Baskin. Actually, Josh Baskin is not a real person—just a character played by Tom Hanks.

The true premise behind a BIG deck is to take an existing archetype and sacrifice some raw speed in lieu of larger, more robust threats. For instance, cutting Goblin Guides from a Zoo deck and playing Knight of the Reliquary instead.

The trade-off is resilience for speed and cards that are individually powerful. It’s kind of like trading in a weak sauce robot like C-3PO for a Gundam.

The Legend of BIG Robots: A Hyperlink to the Past

Let’s start at the beginning:

A walker down memory lane…

Although I moved on to champion other decks in the past year, Affinity is still an archetype I enjoy working on. When Magic Origins dropped, I was obsessed with putting Hangarback Walker into everything. I played it in Vintage, Legacy, and especially Modern Affinity.

Hangarback Walker never broke through in Modern the way I thought it might, but I always had success playing it. I put up a few nice finishes and made deep runs in a couple of GPs with my unconventional builds, but it never really caught fire.

I was convinced Hangarback Walker could provide the deck with a resiliency it hadn’t possessed before. The primary way I lost games was by being ground into the dust by removal-heavy decks and I saw Hangarback as a tool to combat that. Before I went BIG, I felt like I wasn’t winning because my deck was so fast as much as I was losing because my deck lacked staying power.

All of a sudden, Oath of the Gatewatch unleashed an Eldrazi apocalypse, and tinkering with robots was put on the back burner for awhile.

When I reviewed Aether Revolt, there were a couple of cards that caught my eye: 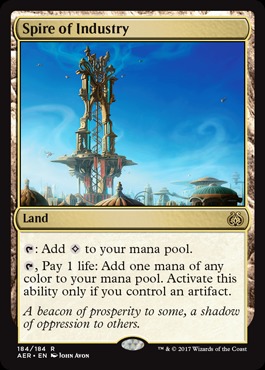 I don’t like Glimmervoid and never have. When it is bad it costs you games. Unacceptable.

The finest mechanized walkers since the AT-AT and AT-ST.

Hangarback Walker, and now Walking Ballista, are magical fairy godmothers that make all of your dreams and wishes come true, one +1/+1 counter at a time.

At their flexible printed costs, these cards do a lot and cover a lot of bases. There is a lot of “a lot” going around for a bargain basement price.

Ballista is a threat that doubles as removal and can actually lock certain decks completely out of the game until it is dealt with. Creature-based combo like Toolbox, Infect, and the mirror all have problems against the card. The ability to establish control and then generate more counters is gross, especially when Steel Overseer and Hardened Scales enter into the equation. 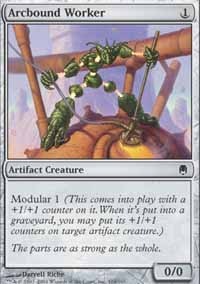 Hardened Scales is an angle I tried before and it felt decent back then. The addition of Ballista pushes the cog from good into the realm of real.

Tipping the Scales in Favor of Hardened Scales

I do not naturally gravitate toward synergy cards. I prefer and enjoy value-based attrition cards like Mulldrifter and Eternal Witness. But I know a good thing when I see it.

First of all, BIG Affinity is much more attrition based than other Affinity builds. Second, Hardened Scales generates an unreasonable amount of natural value in my list:

There is a lot of value to be had here.

I’ve also been impressed by a singleton copy of Gavony Township in the deck.

“When you’re alone and life is making you lonely you can always go… downtown.”

I’m pretty sure Petula Clark was a time traveler sent back to warn us about how absurd Gavony Township is in Hardened Scales Affinity. Check out these lyrics and tell me there isn’t some kind of BIG Robots/Skynet/John Connor/Time Travel thing going on:

“So go downtown
Things will be great when you’re downtown
No finer place, for sure, downtown
Everything’s waiting for you.”

Downtown is code for “activate Gavony Township” and things are indeed great and there is no finer place than downtown Gavony.

Post-Sideboard is When Robots Tighten Their “Clamps”

The Francis philosophy of “robot diplomacy” is to give ’em the clamps.

Sideboarding is the most difficult part about playing Affinity, which is saying something because basically every facet of playing the deck is challenging.

One reason that sideboarding is traditionally difficult with Affinity is that it goes without saying that whatever your opponent is bringing in against you will be more devastating than what you are bringing in against them. Often, the plan is to mitigate the damage or hope to counteract opposing sideboard cards.

I’m not going to pretend that Stony Silence isn’t great against BIG Robots. But Hardened Scales + modular is a legitimate way to create pressure out of thin air.

BIG Robots depends less on being a tempo deck because it has better tools to go late in the game, which makes for more options when it comes to sideboarding. I never liked getting too cute with sideboarding hate because I worried about becoming too threat-light against decks with a lot of removal. With more threats, I’m more comfortable getting more hateful. 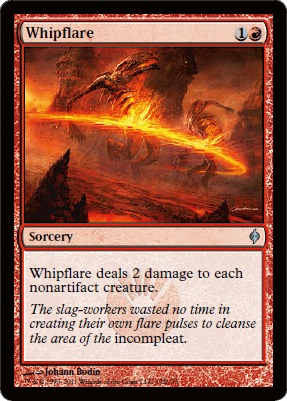 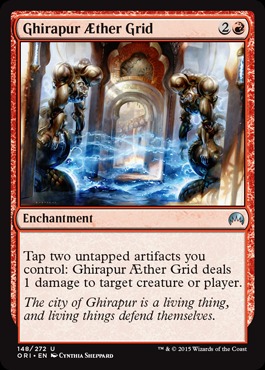 “Good! Good! Let the hate flow through you…”

One of my goals is to have many high impact cards rather than a bunch of synergy cards that can be picked apart. Nothing is more frustrating than a singular Lightning Bolt + Snapcaster Mage leaving my entire draw with just an Ornithopter and a Signal Pest…

People assume they should load up on 1-for-1s against Affinity because if they can answer a few threats, the leftovers (Ornithopters, Springleaf Drums, Signal Pests, etc.) won’t be enough to win the game. Well, I want to really punish people for taking that approach by playing cards that bother them, like Chalice or Blood Moon. 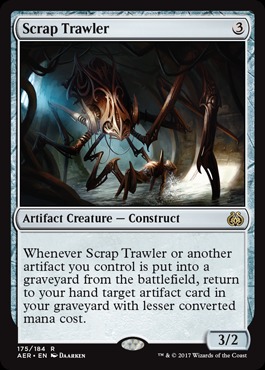 Just like Scrappy Doo, Scrap Trawler is incredibly annoying and makes life miserable for everybody around him. I’ve been impressed at how it keeps the threats rolling. The fact that Walkers have a converted mana cost of 0 means nearly everything brings them back.

It can also be used to generate a ton of extra Ravager counters, especially with a Hardened Scales in the mix.

The future is here and it is full of BIG robots. Mirrodin may have been assimilated by Phyrexians, but there are Ravagers on Kaladesh and Springleaf Drums on Theros, and so the robots battle on.