Almost a month ago, Martin Juza wrote an article about a sweet deck built around reanimating Drakuseth. At Arena Boys HQ, we immediately kicked ourselves–alert viewer Jan Grinsdoof had messaged us only a week before with a very similar list, and we’d missed the chance to cut Martin’s lunch by getting it out ahead of his article.

Our scoop was further compromised by Toffel’s Mythic Championship win–thanks for nothing, Toffel–as we had to push back the recordings we’d made even further to play Celebratory Tron. All things said and done, I think it’s fair to say we’re a little late to the reanimator party, but that’s not so bad–after all, a lot of things are… late when it comes to reanimation. Late? Get it?

In any case, we were keen to see just what we could accomplish with Bond of Revival. Jamin, a longstanding critic of the deck, finally realized that Bond gives haste to the reanimated creature, and after having finally received his blessing, we were off to the races.

Broadly, this reanimator deck isn’t too different from most others of its ilk across other formats. Find a way to get a fatty in the bin, bring it back ahead of schedule, and hope that it’s enough. Bond of Revival isn’t exactly Reanimate (it’s even a far cry from the scourge of a previous Standard, Unburial Rites), but as a five-mana reanimation spell, it’s better than it looks. Haste is huge–it means it has the impact of a four-mana reanimation spell, without exposing the target to sorcery-speed removal. 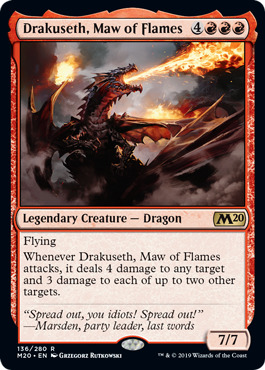 Obviously, this deck is interested in getting cards in the graveyard, but on quite a selective basis. You only really want to bin the creatures you’re seeking to reanimate, so looting effects are a better choice than, for example, self-mill. Chart a Course and Tomebound Lich let you loot away your heavy hitters, while Thought Erasure and Search for Azcanta have a nice bit of graveyard synergy stapled onto already powerful effects.

The four copies of Ritual of Soot and the single Assassin’s Trophy are a little loose. While during this week’s video we resolved what might have been the best Ritual of Soot in the history of the game, the card still feels pretty bad. Maybe Cry of the Carnarium would be better: it certainly lines up well against Scapeshift decks.

Finally, the cards we chose as our reanimation targets are, obviously, highly suboptimal. We like to play spicy one-ofs to create entertaining and varied gameplay moments, but it’s pretty clear that cards such as Zetalpa and Impervious Greatwurm are just worse than Drakuseth. Drakuseth deals seventeen damage the turn it’s reanimated–that’s an insane rate!

Between early defensive plays such as Tomebound Lich, Thought Erasure, and sweepers, this deck can bridge to the mid-game relatively safely. One really nice thing about this “disruption” is that it enables your gameplan–Tomebound Lich trades off with whatever while putting a reanimation target in the ’yard; Thought Erasure does the same while snagging their best card. There’s a fair bit of useful synergy hidden away in this deck.

The synergy doesn’t stop there, either. Digging for the Bond of Revival is done with Chart a Course and Tamiyo, both of which put cards in the graveyard for later use. As we demonstrated in the video, finding the Bond of Revival isn’t too difficult, nor is making sure it has something to target. The setup process, therefore, is relatively reliable.

A key skill to have with this deck is knowing when to switch gears. Generally speaking, you want to play defensively right up until you play Bond of Revival, and then it’s all offense, no defense once you’ve got the Drakuseth (or whatever else) online. That’s perhaps the biggest point of difference with this deck and many others you might have played–you essentially do a 180 degree turn as soon as your big monster is online.

Early aggressive starts from decks like Vampires or Mono-Red can be a real problem, and you’ll have to rely heavily on your sweepers to survive. As we’ll discuss in the next section, this is another reason that Drakuseth is so important–much of the time, it will act as a turn-five Plague Wind that deals seven damage upstairs.

Overall, however, there’s not too much to playing this deck. Start off defensively, stack up that graveyard, then turn the corner with a Bond of Revival. Aside from that, there’s always Plan B; sometimes you get to seven mana and can hard-cast your Agent of Treachery anyway!

We can, obviously, tighten this deck up a fair bit. The silly suite of one-ofs can be streamlined and the removal package can be improved. While I still don’t think this deck will ever be a top-tier contender, it’s definitely got enough firepower to give the best decks in Standard a run for their money.

Drakuseth is the best target for Bond of Revival by a country mile. Again, this comes down to the fact that the card has haste–it’s unimpressive as a seven-drop, because you have to wait two and a half million years to attack with it. As a hasty five-drop, however, Drakuseth does so much work. It will rip apart opposing boards and get them dead in two turns, so there’s no better choice for a reanimation target.

Agent of Treachery is the Drakuseth’s second fiddle. Overperforming against control decks, where even something like stealing a land can be excellent, the Agent provides a different angle of attack for when Drakuseth’s trigger isn’t all that useful. Six targets seems to be the sweet spot–you don’t want too many, or too few–and the fact that you can still hard-cast the Agent gives it extra utility.

Aside from that, we now split the sweepers between Cry of the Carnarium and Ritual of Soot and bring in Legion’s End as another “sweeper” against Scapeshift. Legion’s End still does good work against decks such as Mono-Red and Vampires, and if it’s bad in any given matchup, you can always cycle it away with Chart a Course or Tomebound Lich.

We highly recommend this deck for semi-competitive play. It’s a ton of fun, has a clear and cohesive gameplan, and attacks the format from an entirely unexpected angle!

Next week, we’re finally turning our attention to the wombo-combo of Cavalcade of Calamity and Chandra’s Spitfire. We’ve got an extremely sweet shell for the combo, too–we can’t wait to show it off in the next episode!