Recently on MTG Arena, a new format has taken over: Standard 2020, which means a format with Guilds of Ravnica, Ravnica Allegiance, War of the Spark and Core Set 2020, the sets that together with Throne of Eldraine will make up new Standard.

I have been trying all kind of decks, starting with Esper Control and then branching to various other aggressive decks and Nissa decks. The first thing I found out is that tri-color decks will be harder to build, and the only ones with a shot are Jeskai, Abzan, Sultai, Mardu and Temur because they have access to two types of scrylands. Esper can still work with the lifegain lands like Dismal Backwater, but that will often result in mana screw or mana flood without the access to the very convenient scrylands.

That’s when I started brewing with Jeskai, and this is the list that I played in Thursday’s Fandom Legends and close to the one I finished 6th with in Tuesday’s Twitch Rivals.

Right now on Arena you can only play Standard 2020 best-of-1, so the sideboard won’t be needed. But both Twitch Rivals and Fandom Legends are best-of-3, and that’s where this deck shines the most. Having access to Fry and Devout Decree is amazing in this format, making matchups against red aggressive decks much easier. 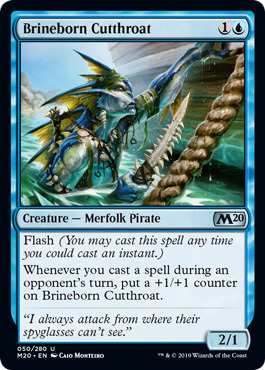 Teferi, Time Raveler is the answer–I find Teferi essential to deal with Simic Flash and Boros Feather. Those decks are super strong if unchecked and Teferi is the card that we need to keep our head above water.

If it wasn’t for Teferi, then Simic Flash would definitely be too strong, so I’m super glad it exists. 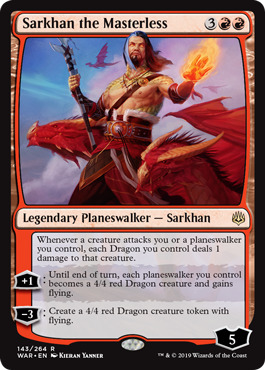 Why no Sarkhan the Masterless?

I found Sarkhan underwhelming too often, mainly against Teferi, or just in general it wasn’t pushing the advantage as much as Ral, Izzet Viceroy does. I joke on my stream saying how Ral, Izzet Viceroy is similar to Teferi, Hero of Dominaria–of course it’s much worse, but it creates the same snowball advantage if you play it and untap with it. Thanks to Discovery // Dispersal filling the graveyard, Ral’s -3 ability can destroy a creature very often as it comes into play, making it a very powerful play. 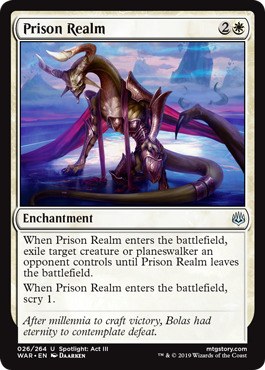 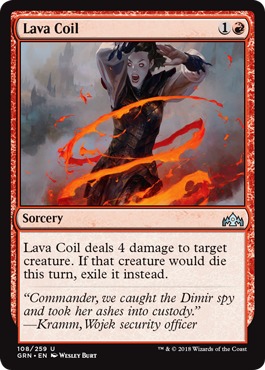 I have always hated enchantment-based removal as they are too weak to Teferi, but I found I was consistently losing to planeswalkers, mostly Chandra, Acolyte of Flame and Narset, Parter of Veils. A direct answer is needed. On top of that, Rotting Regisaur is seeing more and more play, and this deck isn’t too well-equipped to beat it, as Deafening Clarion isn’t quite Kaya’s Wrath and I don’t want to play a 5-mana sweeper like Time Wipe. Being able to remove a God or a Hydroid Krasis and then bouncing Prison Realm back to hand with Teferi to exile something else is a nice thing to have access to. Justice Strike, Lava Coil and Shock are all serviceable removal spells at times, and I like to have a plethora to chose from with my card selection.

Niv-Mizzet is a powerful card, but I’m too scared of tapping out and seeing my 6-drop getting bounced or removed easily; we don’t have Treasure Map anymore to ramp us into Niv can’t protect it with Dive Down or Gods Willing–I want my expensive cards to guarantee value when they come into play. Any Mengu deck will never have expensive cards without either haste or ETB effects, because that is how you play around Teferi, Time Raveler, instead of simply babycrying and calling Mama-Wizards for the ban.

What will Throne of Eldraine bring to the deck? 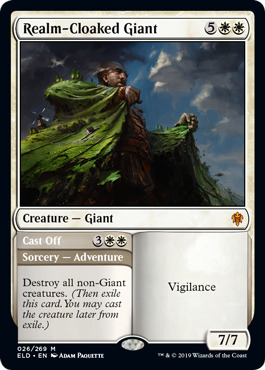 This card seems cool, a 7-mana 7/7 vigilance isn’t Standard-playable, but a proper Wrath of God is. This plays super well with Teferi, not only because you can play it at instant speed, but also because you can cast the creature and then bounce it with Teferi and Wrath all over again. 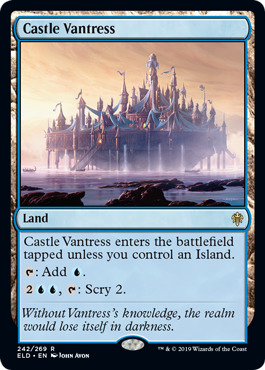 Remember that Hallowed Fountain and Steam Vents count as Islands, which mean that you can afford to play a copy of this over a basic Island. Scrying 2 in lategame is a big deal, and I can easily see Control mirrors decided by Dragonlord’s Prerogative 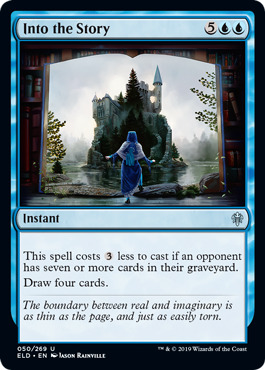 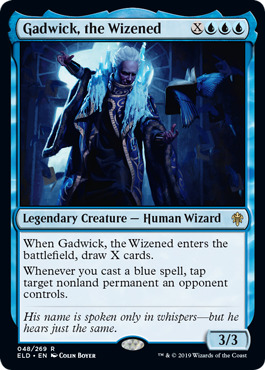 Into the Story reminds me of Dragonlord’s Prerogative, a staple of the Esper Dragons days. Although Narset, Parter of Veils is a big deal already, and I’m not sure how much the “opponent has seven or more cards in their graveyard” clause will make this card better. The same goes for Gadwick. In theory it’s good in the Control mirror, in practice it’s another card that is weak to Narset, Parter of Veils. 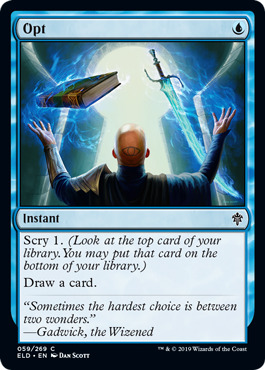 While Opt has been around for a while and will be reprinted in Throne of Eldraine, it’s not legal in Standard 2020. I think Opt is better than Discovery // Dispersal, although not by the widest of margins. I like Opt because the deck is filled with taplands, making a one-drop cantrip like this very good on any mana curve.

That’s it for today. I can’t wait for rotation to hit, and to start exploring more and more new decks!