1) Judge Not, Lest Ye Be Judged

A while back there was speculation/fear/actual changes around the idea that judges would get fewer foils or no foils for judging events. I loved watching this from the sidelines because we were always told about the great sacrifices the judges make, for the love of the game, and yet here we were when the hundreds of dollars of value they get for judging an event was shifting into a different form (probably more cash-based to address legal wage issues, but I’m not sure). For love of the game*

I have a lot of “Why?”s about the AE character being used in card names. Why not put Sanskrit or Phyrexian at the beginning of the card names? Can we expand the use of non-English characters even more?

3) Correct Strategy When You Receive a Bye

Rules and procedures create incentives. Incentives drive behavior. Well, the practice of taking players who got a bye and pairing them up with a) a new entrant into the tournament, or b) someone who, due to a scorekeeping error, should have been paired and now needs an opponent (e.g. they didn’t drop but were dropped) incentivized the following “optimal strategy.” When you receive a bye, GET THE HELL OUT OF THE TOURNAMENT HALL for 30 minutes. Certainly they can’t punish you for grabbing lunch during your bye round, since that’s normal. I’ve seen player after player get called up to the scorekeeper after receiving a bye, and up they march, only to be told that as a reward for sticking around they have to play the round and their tiebreakers will be worse. Once a player gets a bye, it should be irrevocable. Until that rules change is made, head for the hills.

This exchange is always present, and never productive. That’s the theme of spoiler threads I guess, two players you shouldn’t take advice from under any circumstances arguing over whose simplistic reduction of a card’s likely impact holds more water.

If Magic Online were still around, it would have been great to have a format where you get 60 minutes to build a deck from a made-up format (such as Onslaught + Zendikar + Tempest + M12 “Constructed”). In that 60 minutes you have to figure out what decks you can build, and actually build one. The world needs to see what kind of decks these people produce. That’s also how the set should be spoiled actually. All at once, in a massive Block Constructed event. Spoiler goes up at 9 a.m., at 11 a.m, you have to submit your deck, and here’s the important part: later on, whenever you are commenting on which cards will be good in Standard or whether a new fatty is playable because you can ramp into it, there’s a link to the deck you submitted in the Prerelease Free-for-All. If it’s laughably bad, we can ignore the comment. If it looks like you cobbled together a playable deck, maybe I will listen to your predictions.

Congrats, you suck at Magic. This is nothing to brag about, and your friends probably already know. It’s not cute, it’s not charming that you’re the proud of yourself for being a gracious loser, and it’s not news that kids play in Magic tournaments.

6) These Khans of Tarkir Card Names 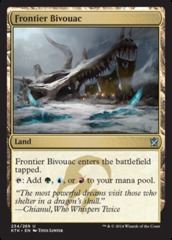 I was talking about this card after the first KTK draft I did, and I just said “Frontier” and then kind of mumbled a bit, and then said “The tri-land.” Looking up the pronunciation now, it seems there’s two ways to go, BIV-OO-ACK and BIV-WACK. I had no chance. 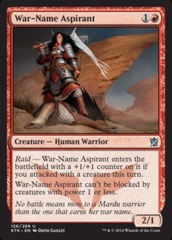 Did they forget to swap out the placeholder? Is this from the “Allan, please add…” school of design?

Oh one more thing: genius design move putting Foundry Street Denizen in the set prior to the raid mechanic in red. “I kind of want to play these cheap creatures together since there aren’t that many playable ones, but this is going to feel bad when I draw them both.” What fun. 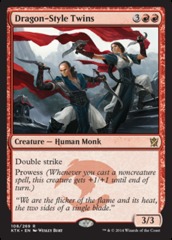 Okay seriously. Was this another placeholder name? Is this the art description? These names are such duds, and this is a rare, double-striking, kill-you-in-one-shot combo creature. Should Prophetic Flamespeaker have been called “Lizard-Style Man”? 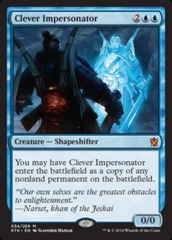 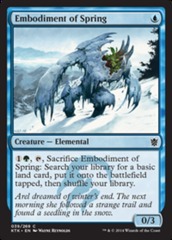 This card should be called Embodiment of Winter. Ask yourself, which is the season that is cold itself and must go away in order to bring in the lush growth of spring? 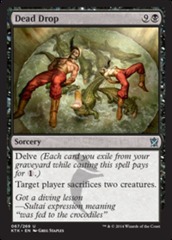 “Let’s take a classic spy term and make a card out of it. But instead of having anything to do with the cool spy term, we should make it a literal drop to one’s death.” “All right, sounds good, how do we make this even more stupidly on-the-nose?” “A pit of crocodiles and a lame ‘…expression meaning…’ trope flavor text?” 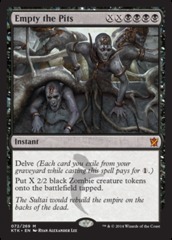 Top-down design based on how it feels when a non-Magic convention is scheduled in the space next to the Magic tournament. (This joke is probably too kind to the average non-Magic convention, which seem to be either a sales scam or something weirder than Magic nearly every time). 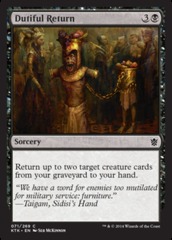 FNM is a family-friendly environment, no place for curse words. Check out this art and this flavor text to get a sense of where the line is. 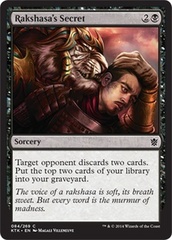 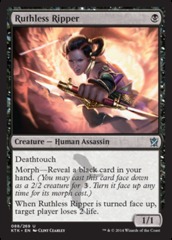 A card that had me soul searching about whether this column is or should be above making fart jokes. 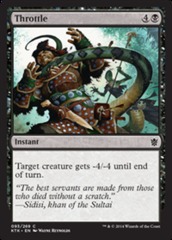 What was wrong with the card name Lash of the Whip for this effect? We can see name space eroding, and yet a one-worder is wasted on a simple reprint. I don’t get it. 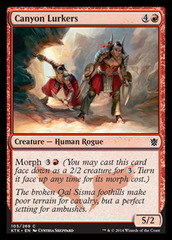 Every canyon meet-up or mixer has a couple of these 5/2s that just won’t clear out OR help you clean up. 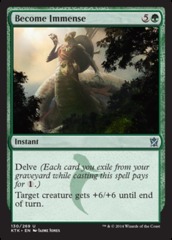 “Think of the innuendo temptation here for our less mature players and sarcastic article writers.” “Just don’t put a snake in the art and it’s fine.” 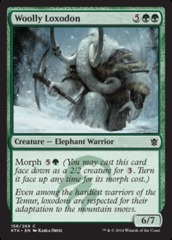 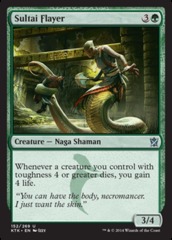 If the humanoid snakes in the set are type Naga and not Snake, why isn’t the Loxodon type Loxodon and not Elephant? Which is it—humanoids get their own type or not? 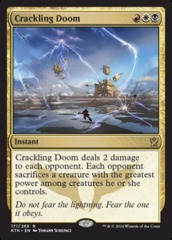 I take it all back, everything I said about the name space running thin.