Pro Tour Eldritch Moon in August marks the end of the season. After Sydney, Pro Point totals reset to zero and the journey begins anew.

Reflecting on the Past

Reflection is important. It helps people to understand the present and navigate the future by making sense of what came before.

All things considered, I had a good run and made some memories this year. I reached a third GP Top 8, won an Open, and earned Silver status. Playing on the Pro Tour again was something I badly wanted but wasn’t sure was going to happen again.

Despite some nice finishes, the accomplishment I’m most proud of wasn’t a tournament. Last winter I was in a nasty slump 5 points out from Silver. Two months without a point.

I decided it was time for an attitude adjustment and set to work on creating positive change in my life. I quit smoking. I started eating better and exercising regularly. Most importantly, I worked to adopt a more positive mindset. I feel better than I have in years and am focused on taking on the next season.

As a “Reflector Mage,” I look back on the past year and see a lot of positive things that I can continue to build on.

Don’t Live in the Past

You may be thinking, “Cool story, Brian. It seems awfully opportunistic to share your reflections about a year where you did well. Nice humble-brag. Why should I care?”

The previous year my reflections wouldn’t have been nearly so enjoyable. Nothing broke my way. I lost two heartbreaking GP Top 8 win-and-ins, and other than that didn’t have many good tournaments. I unexpectedly lost my long-time writing gig. In the span of a year I had essentially taken a huge step backward in Magic.

It is curious my worst year in Magic came immediately following my best one! The year before that I narrowly missed Gold by 1 Pro Point. Frustration and arrogance played a big part in my regression. I assumed that because I’d achieved certain things I’d easily achieve them again. It doesn’t work that way. Everything is earned and you’ve got to stay hungry if you want to succeed.

Whether the past was great or terrible, you shouldn’t linger on it too long. Be mindful, but don’t obsess. Remember that new opportunities can only be seized in the present moment and never from the past.

What’s done is done. What you do with what you learn is up to you.

In the Moment and Aware of the Future

Reflection and perspective are useful tools. They allow you an opportunity to observe where you’ve been and where you’re headed: Did you exceed your goals? Did you backslide? Did you stay in the same place? Whatever the answer, reflection helps you gain perspective so that you can shape your present and ultimately the future.

In Magic, there are various ways you can try to elevate your game. These are the biggies: 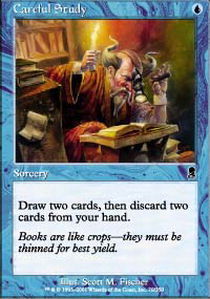 1. Study Better: You can read more articles, data, and tournament results and spend more energy on better understanding what you are observing. Studying improves your understanding of deckbuilding and how the metagame works. 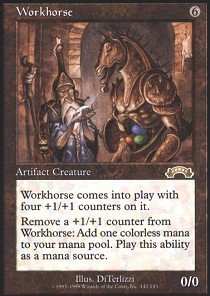 2. Practice Better: You can play more Magic, form a team to test, or play more MTGO. Practicing improves your understanding of how technical play works and how cards and decks interact.

3. Make Yourself Better: You can improve your attitude, live healthier, and increase your focus and awareness. Making yourself better improves your ability to make good choices in high pressure situations over the course of a grueling 10-hour marathon tournament.

There is no secret formula or get rich quick scheme to improving at Magic. There is no magical deck that will suddenly make you an unstoppable winning machine. If you put sustained work into improving these 3 elements of your preparation and play, you will elevate your game over time.

I encourage you to reflect on your past year in Magic and when you do, think about which of these 3 areas you improved most and which you could stand to work on the most. It is a very good way to make some headway.

Going for the Gold

I’m happy with the big step forward I took in Magic this season. Not only did I get back to the PT but I also received the opportunity to write here at CFB. I’ve put a lot of work into becoming not only a better Magic player but also a better writer.

It’s like a crazy reverse Pet Cemetery where everything I put into the articles comes out exactly the way I’d hoped.

Honestly, it’s about being accountable. I appreciate the support and encouragement I’ve gotten and would be remiss if I said it wasn’t a gigantic motivating factor. I’ve had complete strangers take the time to share experiences about everything from addiction, to tilt, to meditation with me. I’ve had several people say the articles affected their decision to quit smoking, which means a lot to me.

I feel like if I write something that I’ve got to do my best to come through. If I have the luxury of complete strangers saying, “You can do it. Hang in there,” and I fail, how lame am I?

With that in mind, my goal for next season is to build upon and exceed what I’ve accomplished and become a Gold Level Pro. I’ve come close a couple of times but I’ve never actually reached the mountaintop before.

The bizarre Australian Travel Visa Odyssey put me in a situation where I was essentially able to trade my invite from Sydney for Dublin next season. While I am pretty disappointed to not go to Australia, it does allow me the opportunity to be qualified for the first 2 Pro Tours of next season.

Looking at the 3 principles I laid out: “Study Better,” “Practice Better,” and “Make You Better,” I can realistically say that I vastly improved making myself better and studying better last year. Obviously, all of the self-improvement/attitude stuff went a long way but I also spent a lot of time refining my process for building decks via using deck databases and reading every article I could.

The aspect where I hope to build upon in the coming season is to “Practice Better.”

Although I did improve my practice in a significant way by practicing with the Team Ann Arbor guys, I still haven’t managed to utilize playing MTGO as much as I could. Over the past year, I played very, very little Online Magic and that is something I’m going to change for the upcoming season.

I’ve always been intimidated to play online because I’m not a very “techy” individual but I’ve decided that it is time to step up, dive in, and make it happen. I’ve bought the components I need and should be up and streaming hopefully by the end of the week.

I put it in an article, so now I’ve got to make it so.