I haven’t written about Pauper in a couple of weeks, but that doesn’t mean that I’m not still digging the format!

When I took up playing Pauper over the winter, I had a couple of goals for myself:

My general strategy for learning the format was straightforward: I’d show up to Pauper Night at my LGS and borrow a random deck. One of the biggest upsides of the format is that it is relatively cheap to play, which means that the regulars have lots of extra decks lying around.

I learned what the good decks were and what they do, and then moved on to doing a little brewing of my own. I have a soft spot for control decks and so the first deck I wanted to work on was Mystical Teachings.

Basically, I wanted to play Brainstorm (the best card in the format) in a control shell. That may seem fairly obvious, but the overwhelming majority of Pauper control decks don’t rock Brainstorm. I know, right? 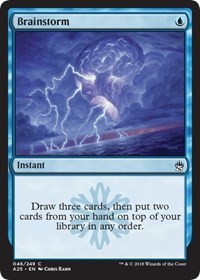 I’m not sure exactly why this is true, but it is. In fact, when I was looking at lists on MTGTop8 and formulating a composite, Brainstorm is so infrequently played in the archetype that it doesn’t even show up! 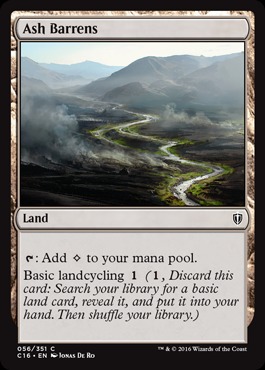 It’s close to free to play fetches in a two-color deck. I’ve actually been swapping back and forth between U/B and Grixis Control. Red gives you a couple of nice options: Pyroblast, Terminate, Lightning Bolt, and Gorilla Shaman.

These are all great cards, but I decided to reign myself in and focus on a two-color version.

The biggest issue was the number of ETB tapped lands in a three-color deck. The fetches already tax my ability to play untapped on curve and adding a color made the deck slow enough, and awkward enough, that I streamlined my colors.

Another interesting card that nobody ever plays, and that I’ve been having a lot of success with, is: 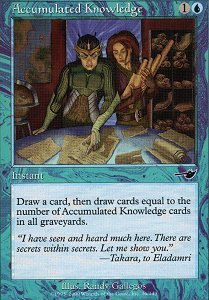 The deck is already good at surviving and gassing up the graveyard with Forbidden Alchemy. It’s easy enough to find a spot to cycle the first one, which makes subsequent copies extremely strong. Finding the third and fourth copy with Mystical Teachings will put the game away.

The deck makes great use of Teachings as well. The card is so good at allowing a control player to pull ahead on card advantage by ensuring that the player has the right card in the key moment.

The right card is frequently: 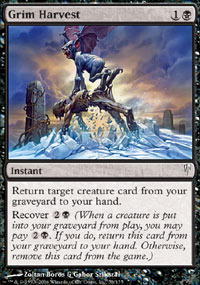 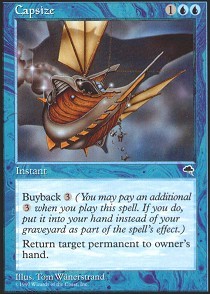 Both of these cards are close to unbeatable once the board has stabilized. The Grim Harvest allows me to loop Mulldrifter and recur Gurmag Angler. The Capsize basically allows the player to go to funky town and dance circles around opposing threats.

I draw a lot of cards. I use those extra cards to run my opponent out of cards. Easy game.

The sideboard is designed to address a few specific problems. I wanted to maximize my chances against the Tireless Tribe deck (which I believe is likely the best deck in the format). 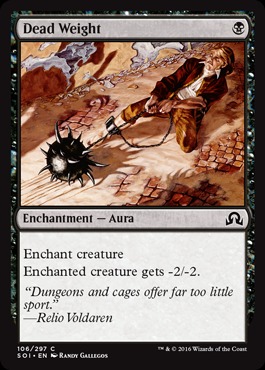 Dead Weight is an amazing answer to that creature and it’s pretty decent against other aggressive decks as well. 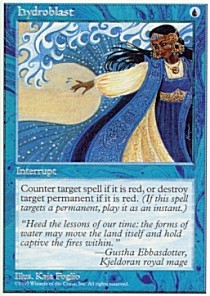 I do miss Pyroblast, but Hydroblast is a great answer to Pyroblasts from my opponent. Obviously, I’m going to bring these in against Red Aggro as well.

I’ve also got the full suite of Duress. In a deck that can draw so many cards and get ahead, simply knocking out the key counterspells or draw spells from certain decks can lead me directly into goldfish land.

Last, but not least, I’ve got to say a few words about Annul. 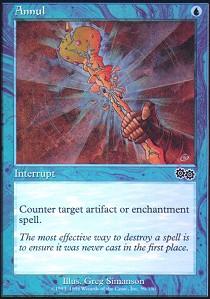 I’ve come to believe that Annul is simply one of the most important cards in a control sideboard. It has obvious applications against a deck like Affinity, but countering random enchantments is also a big deal for a slow deck. 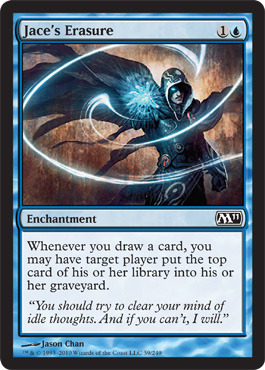 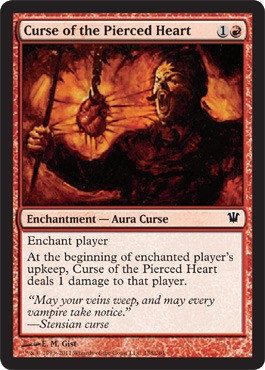 I already have a few bounce spells to get cards like these off the board in game one, but I’d much rather answer them coming down for 1 mana.

One of the things I like about Pauper is that it is pretty reasonable to brew your own deck. Once you know what the other decks to beat are, you know the lines within which you’ll need to color. I’m reasonable against most of the important decks in the format and even have some great matchups along the way!

For this deck, I took an archetype that already existed (U/B Control) in a different direction: I wanted to Brainstorm and Accumulated Knowledge. I figured out how to move some cards around to make room for new spells I believe improve the overall power and consistency of the deck.

At the very least, the deck is now more full of cards that I really love to play! How can that be bad?