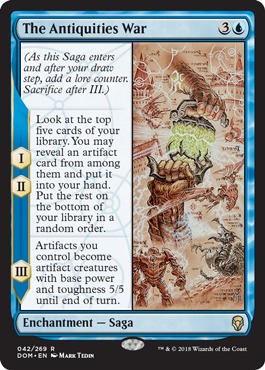 Casting two artifact-only Ancient Stirrings and then making your whole board into 5/5s is a lot of action for 4 mana. If your deck reliably hits on the first two chapters, this looks like a good engine, and it even acts as a finisher (though some decks will care more than other about that part). 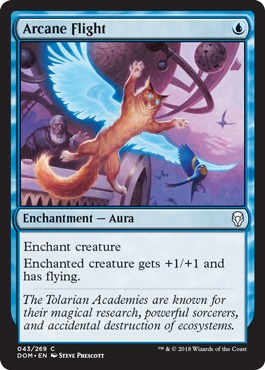 For Constructed, this is better than One with the Wind, because the mana saved lets you keep up an additional protection spell or load up on more Auras. The cat is out of the bag on Auras, and there’s a very good chance that there’s a viable Standard deck that wants Arcane Flight. 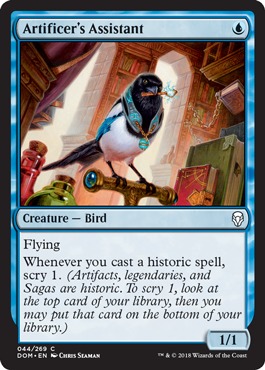 The bird is not the word, but it might just scrape together enough value to make the cut. If you are scrying each turn, maybe even twice, that’s not bad. You do need to also care about a 1/1 flyer for 1, but those frequently find homes in Constructed.

Blink of an Eye 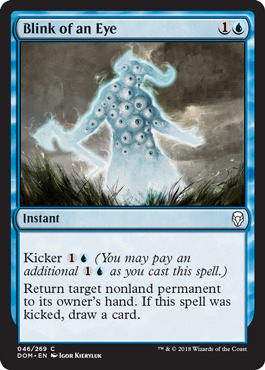 I’m into having this back in Standard, as it’s a roily good effect to have access to. For 2 mana, it can get aggro off your back, and at 4 mana it replaces itself. This is a solid utility effect that provides early defense and late-game power at a low opportunity cost, and can target planeswalkers, enchantments, and artifacts alongside creatures. That covers a lot of bases for control decks, and makes them much less vulnerable to random resolved threats. 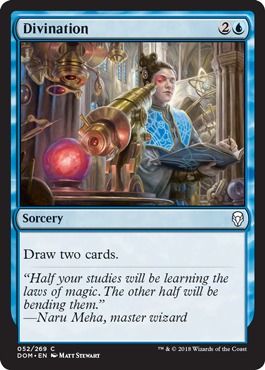 Divination was a decent role-player in U/W Control decks some years ago, and it seems like it could be there once again. I have a soft spot for the card, but even I can’t claim it’s going to bust Standard open. It can help control decks hit some land drops, which is good enough for me. 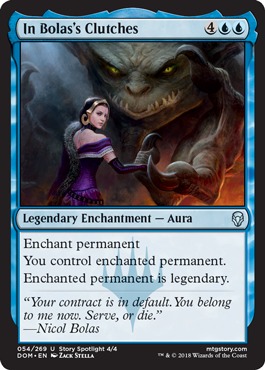 Lay Claim is largely better, because cycling really helps mitigate the drawback of playing such an expensive situational card. Still, in a world of planeswalker ultimates I don’t take any Confiscates lightly. 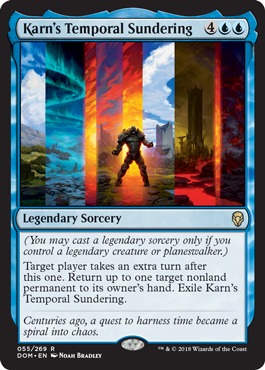 Now this is a sick Time Warp. Needing a legend or planeswalker is a real cost, but guess what is great to do when you have a planeswalker in play? Bouncing a permanent puts you even farther ahead on board, and solves the typical problem that Time Walks have, which is that you spend so many resources on taking an extra turn that you don’t do anything with that turn.

Here, you’re at least bouncing something, making the floor on this (when cast) a 0-mana bounce spell that draws a card. The ceiling is much higher, and given cards like Raff Capashen, I’m envisioning good things. End of turn, flash in a 3/3, string a couple Sunderings together, and profit. I’m really excited for this card, and think it can do some awesome things, though it does have shades of win-more (resolving 6-drops when you have something real in play is not the worst situation to be in). 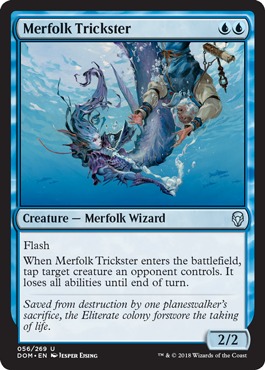 Thanks to the Merfolk tribe being viable in every format (even if it’s fishy in Standard), I am obligated to mention every Merfolk ever. The Trickster isn’t a bad one, as it can interact with combat well and protect the deck from strange combos, all while clearing problematic blockers for a turn. Merfolk probably wants to try this, and it combines nicely enough with Harbinger that it could earn a couple spots. 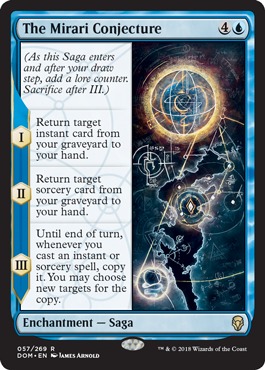 My theory is that you can go pretty deep with this. The first place I’d go is a removal-laden deck full of cheap interaction, which happens to be a solid strategy already. If all your spells kill things and draw cards (or both, like Blink of an Eye), you’ll be in the perfect position to take advantage of the Conjecture. You tap out one turn for it, then kill two things the next turn, then copy some card draw the turn after. That sounds pretty sweet, though it’s yet to be seen whether it’s better than just paying 5 mana for The Scarab God (Narrator: It is not). 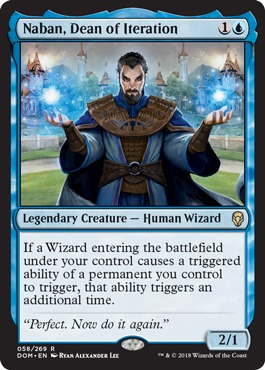 Cheap Wizards enable Adeliz and the Wizard spells, so there’s something to be said for Naban. Sadly, there aren’t that many good ETB abilities on the rest of the crew, so I don’t see Naban taking too many opponents to school. 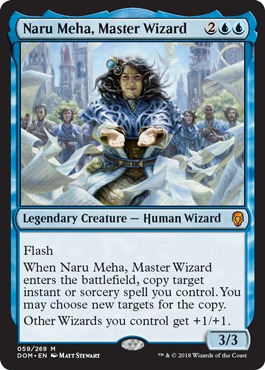 I’m less high on the Wizard tribal part of this than the ability to copy spells, preferably cheap ones, but every little bit helps. Naru has enough power to see play, but competes with a lot of very good cards of similar cost (Raff Capashen, I’m looking at you). 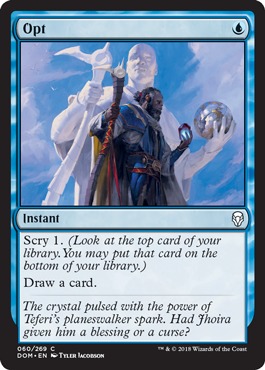 Opt is great, will continue to see play, and was already in Standard, oddly enough. 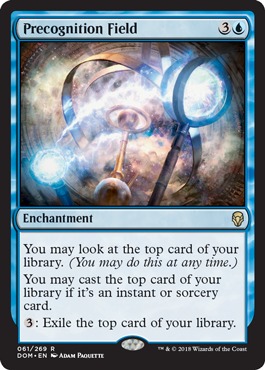 Besides showing up as part of Baral Brawl decks (which aren’t long for this world), I haven’t seen too much from this. I do think it could be a solid engine, though you would have to cut almost every non-spell card from your deck to make it work, and those are real sacrifices.

Syncopate is great, and gives control decks another 2-mana counter that scales into the late game. It’s a powerful addition to Standard, and will be an effective tool against expensive cards and sorceries, much like most counterspells. This may be the biggest win for control decks in the set, though Karn and Raff Capashen are both pretty strong. 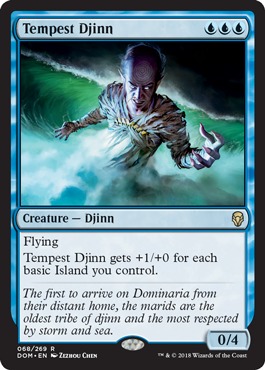 It takes a lot of sacrifices to build a mono-blue deck, but a flyer that ranges from 3/4 to 7/4 (or more) is a fairly large reward. This almost by definition has to be niche, since it really only goes in one deck, but I think that deck will be worth trying. 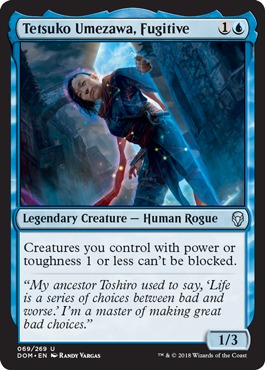 It would take a fairly niche deck for Tetsuko to show up, since cards that care about blocking tend to fare poorly in Constructed. 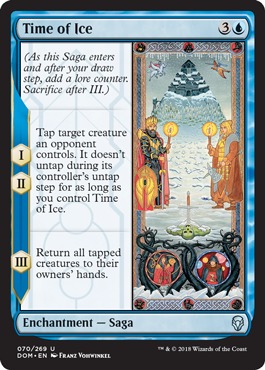 Paying 4 mana to lock down and then bounce a few creatures isn’t bad, though in Constructed you can probably just kill those creatures instead. 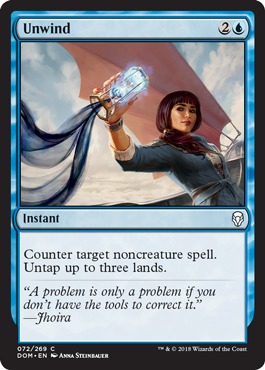 It would be really hard for this to beat Negate for sideboard space, though the reward is pretty nice. You get to untap your lands and cast Raff or Glimmer of Genius, though adding a whole mana to your card is a tough sell. In a deck full of 3+ cost instants that wants to fight tapout decks, I could see this, but given counter wars it sounds optimistic. 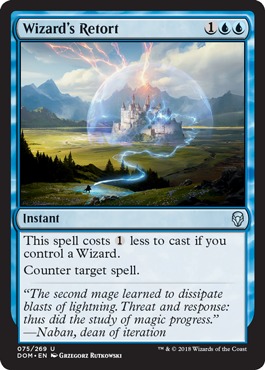 The strength of this card is (surprise) mostly predicated on how good Wizard decks end up being. You don’t need a ton to make this plausible, so a deck incidentally playing ~8 Wizards could run this as a nice way to pick up some value.

Zahid, Djinn of the Lamp

A 4-mana 5/6 flyer is a very real card for Constructed, so if Zahid reliably lights up the battlefield on turn 4 I’m in. There are a lot of strong artifacts thanks to Kaladesh block, so between Zahid and The Antiquities War you’ve got some places to start.

(I’m opting not to include Opt because it’s not new to the format.)

Syncopate and Blink are both powerful and flexible interaction, and will make the biggest impact. Past that, blue gets a lot of sweet engine cards (multiple build-around Sagas included), so I somewhat arbitrarily chose Karn’s Temporal Sundering. It could easily be one of the other cards in that vein, and the best ones will emerge over the next few weeks, though the rewards are there for all of these.